Let's have a look at Intel's CPU roadmap

Intel has made a wide range of announcements at their 2019 Investors Day, confirming that "Tiger Lake" processors will be released by the company's client team in 2020, with 10nm Ice Lake CPUs shipping later this year.

Right now, it looks like Tiger Lake will release in 2020 as a mobile-focused processor, with Intel listing the product with a "mobility redefined" subheader. With this in mind, it is likely to release in the form of low-power Y and U series chips for laptops and other mobile devices.

Tiger Lake is said to utilise a completely new core architecture but did not go into further details. In the client market, Intel has been employing variants of their Skylake architecture since 2015, giving the company plenty of time to make sweeping changes to their processors architecturally. With this in mind, we expect a significant boost to IPC in a number of applications.

Graphically, Tiger Lake will be the first product from Intel to integrate the company's new Xe graphics engine into a processor, with Gregory Bryant claiming that Tiger Lake is designed to be used with 8K or multiple 4K displays. 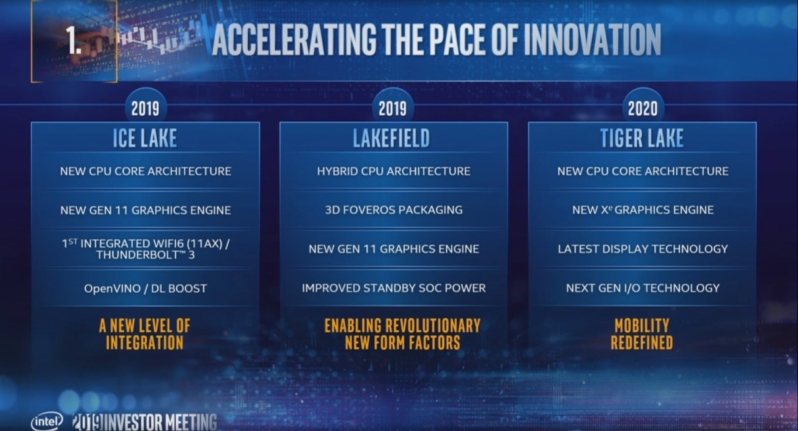 While it is clear that Intel is making some huge leaps in performance, it would have been nice to see some apples-to-apples comparisons, as a giving Tiger Lake higher wattages in most cases will undoubtedly provide the new architecture a performance advantage. 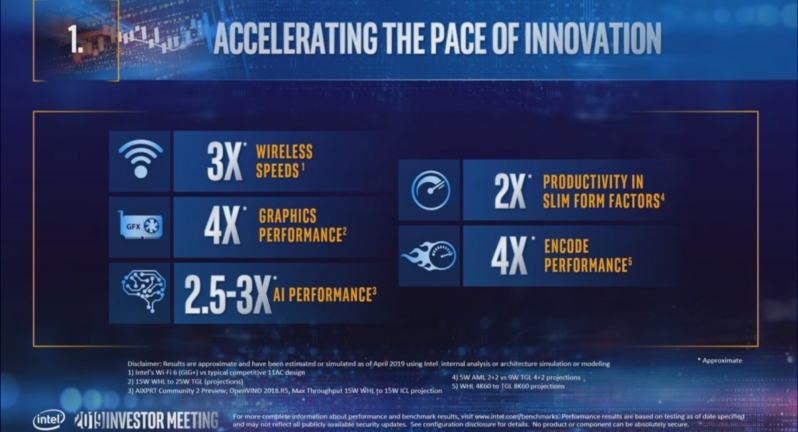 Intel plans to start shipping 10nm silicon in June, which places Intel on track to release 10nm products to consumers in late 2019, finally bringing next-generation Intel silicon to market after years of delays.

You can join the discussion on Intel's reveal of Tiger Lake on the OC3D Forums.