One of the big questions about this unit is how Intel is handing drivers with the new SoC. Would Intel handle drivers on their CPU/GPU and leave the Vega graphics to Radeon, or will Intel handle the lot?

This means that Intel will be handling all potential complaints but Radeon will be updating Intel with new features and game optimisations. Intel will be responsible for releasing new drivers and managing quality control, which could be concerning given their track record with GPU drivers, though at least they are promising Day-0 releases for upcoming games, which is encouraging.

As part of their business arrangement, AMD will be delivering their driver updates to Intel, including any new features that AMD brings to their Vega products. It is then Intel's job to make any adjustments they wish and re-brand the driver for their own release.

These new chips will feature support for overclocking via Intel XTU and Radeon Wattman, but only when using select SKUs (The 100W variant). 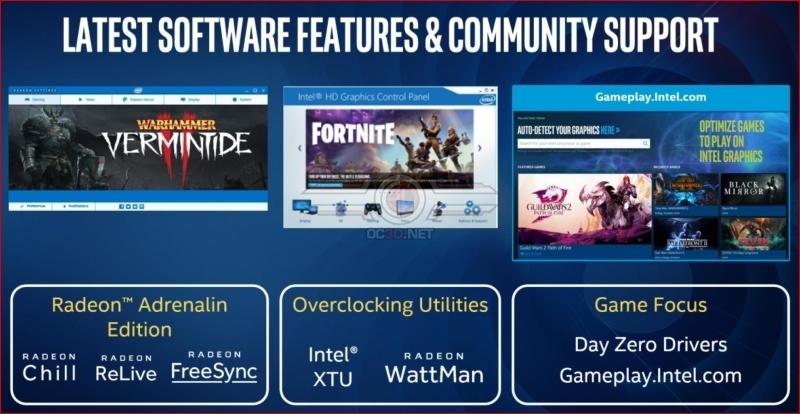 This SOC is not exactly what we would define as VR Ready, falling under the high system requirements for the HTC Vive (GTX 970 or R9 390 or higher), though they do surpass the requirements for Windows Mixed Reality and the Oculus Rift. 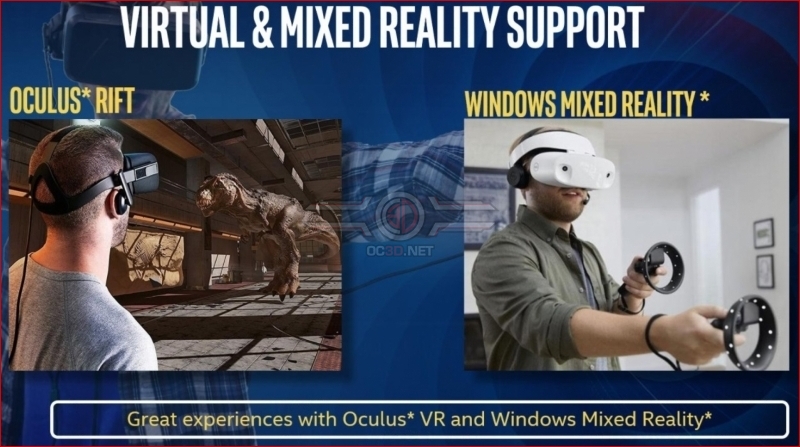 The transformative nature of this product cannot be understated, allowing a Vega GPU to connect to HBM2 memory without an interposer, save power by combining technology from rival companies with a unique dynamic power system and delivering game-ready performance into an incredibly small package.

We look forward to seeing both compact systems and notebooks that will be powered by this custom CPU/GPU package, though you can bet on Apple picking up this design for their next MacBook Pro iteration.

You can join the discussion on Intel's new 8th Generation G-series of processors on the OC3D Forums.