This SoC will come in both 100W and 65W TDPs, with both i5 and i7 versions. All CPUs will offer four cores and four threads, though each model will provide different clock speeds and Radeon RX Vega M GPU configurations.

With either 20 or 24 active compute units the most directly comparable GPUs are the RX 560 with 16 compute units and the RX 470/570 with 32 compute units, though it is worth noting that both of these GPUs are based on AMD's older Polaris GPU architecture.

This new SoC will come in new notebook designs, with models from Dell and HP coming soon, as well as in Intel's new Hades Canyon Nuc platform.

One of the first places where Intel will be using the 100W version of their G-series processors is with their new Hades Canyon Nuc, which is completely unlocked to allow for both CPU and GPU overclocking. Please note that on the 100W i7-8809 SoC is unlocked, with lower end models lacking support for overclocking. 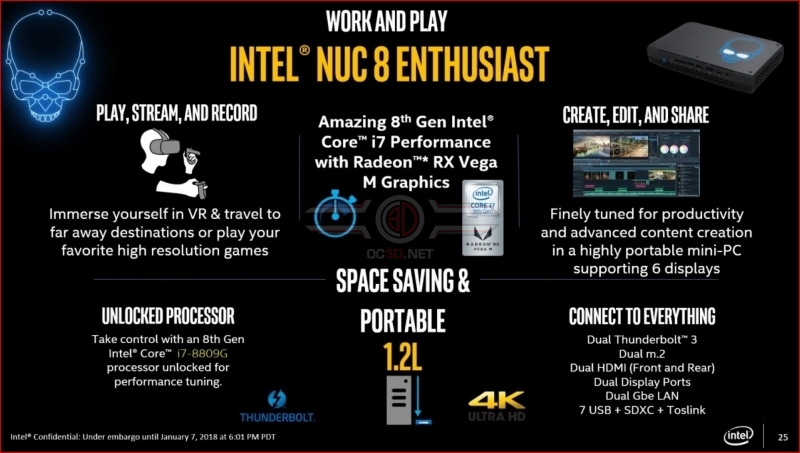