Intel has done it, they have announced a product that just a mere year ago was thought impossible, but regarding hardware and the makers of said hardware. Yes, Intel and AMD worked together to make this happen, with Intel working with AMD's Semi-custom division to create a graphics processor that would propel Intel's gaming series processors to new heights.

This new line of products is Intel's G-series, a product that combines Intel's Kaby Lake CPU architecture and AMD's Vega graphics architecture to create an extremely small SoC that will bring game-ready performance to smaller systems than ever before.

The new 8th Generation G-series of processors will combine new technologies from rival brands in astounding ways, creating something that is arguably greater than what either AMD or Intel can build on their own. 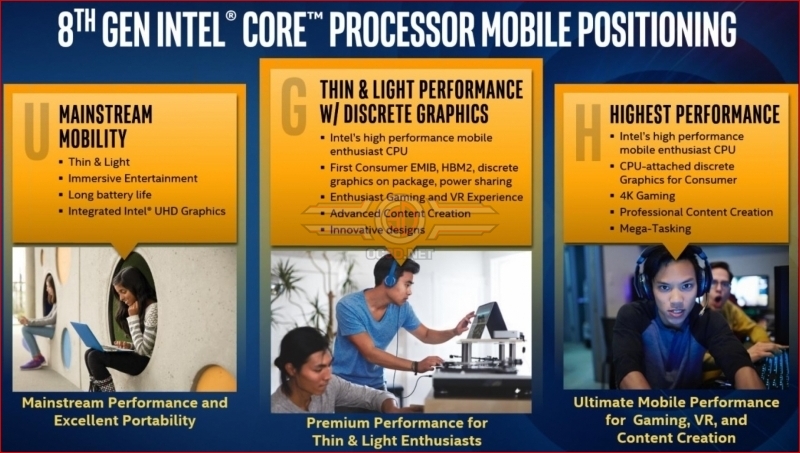 In simple terms, this new product is a Vega dedicated graphics chip that is placed beside an Intel 8th Generation H-series CPU on the same package, though that undersells what has been done here.

This product is the smallest package to offer this level of both CPU and graphics performance on the market, enabling thin and lite builts to either become smaller or allow existing product sizes to facilitate larger batteries and/or larger cooling units.

The G-series is also the first consumer product to use Intel EMIB technology, allowing multi-die chip designed to be connected without an interposer. EMIB technology attaches Intel's Custom Radeon Vega GPU with 4GB of HBM2 memory, making the product easier to manufacture than interposer-based designs like the RX Vega 56/64.

Intel uses eight PCIe lanes to connect their CPU to their Custom Radeon Vega M series GPU, with remaining PCIe lanes being used to connect other devices like NVMe storage.

The use of HBM2 memory is said to reduce memory related power consumption by 80% when compared to GDDR5, though please note that the 4GB of HBM2 used in this SoC is used exclusively by the Vega graphics unit.