Thanks to new data shared by @InstaLatX64 on Twitter, it has been confirmed that Intel's planned 14th generation Meteor Lake processors will continue to utilise a hybrid x86 design, pairing together high-performance P-cores with smaller, efficient, E-cores.

Meteor Lake will be Intel's successor to Raptor Lake, arriving with two new CPU core microarchitectures and on a new lithography node. Meteor Lake will also be the first mainstream CPU from Intel to used a "Flexible Tiled Architecture", bringing together CPU tiles, GPU tiles, an SOC tile, and an IO tile. With Meteor Lake, Intel is moving towards a chiplet-based design approach.

Raptor Lake will be launching later this year, mostly arriving as a refined version of Alder Lake with higher clock speeds, additional E-cores and an enhanced caching structure. Meteor Lake is expected to launch next year and arrive on a new CPU socket, giving Raptor Lake users no upgrade path. 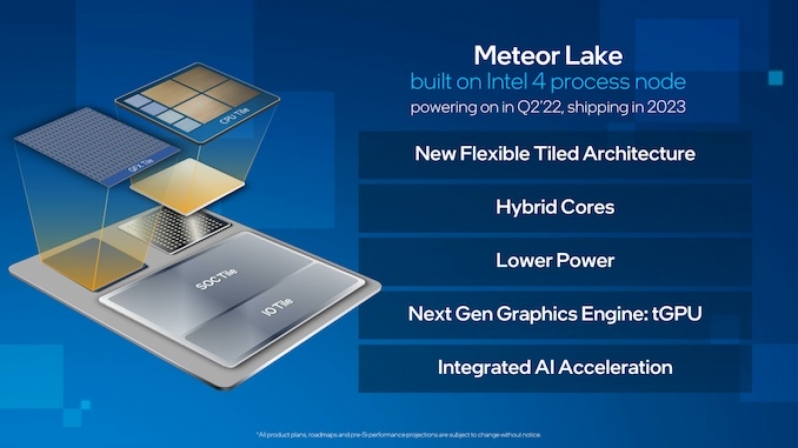 Right now, it is unknown how Intel's new Redwood Cove and Crestmont cores will improve upon the Golden Cove and Gracemont cores used within today's Alder Lake processors. Even so, we should expect notable IPC increases and other architectural advancements.

You can join the discussion on Intel's Redwood Cove and Crestmont CPU cores on the OC3D Forums.