What does Intel's new high-end desktop chipset have to offer?

Z390 has been an open secret for quite some time now, with rumours stretching to this time last year, long before the release of Coffee Lake and Intel's rushed Z370 chipset.

Now Intel has finally released some information about their upcoming Z390 chipset, which adds support for several new features into the chipset, reducing the need for 3rd party silicon on high-end motherboards, making the chipset better for both Intel and motherboard makers.

The two most noteworthy changes are integrated support for USB 3.1 Gen 2 and the addition of support for Wireless-AC, with PCIe lane counts and memory support remaining the same as Z370. From the looks of it, Z390 is a feature set upgrade over Z370, with Z370 being a mere Coffee Lake refresh of Z270. 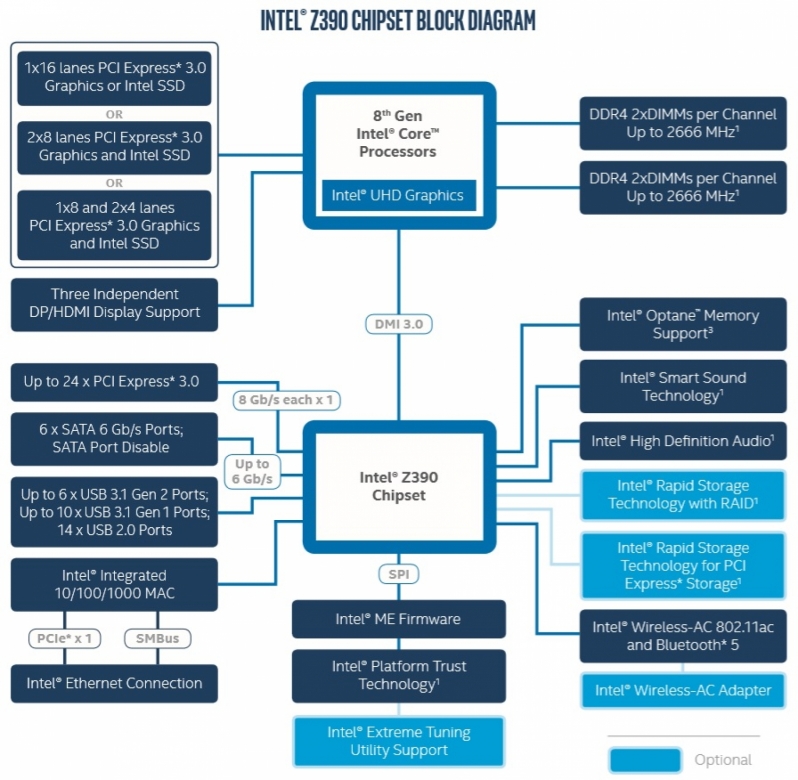 Alongside this new information, Intel has not dropped any hints at the release of an 8-core Coffee Lake CPU, though this reveal does hint that the company will release Z390 at Computex 2018.

It doesn't make much sense to release a new motherboard chipset without a new CPU, so we expect to hear some more about new Coffee Lake series processors in the near future. Z390 supports everything that Z370 has, including overclocking (for Unlocked processors), so it makes sense for Intel to release some new processors with this chipset and the motherboards that will accompany them. 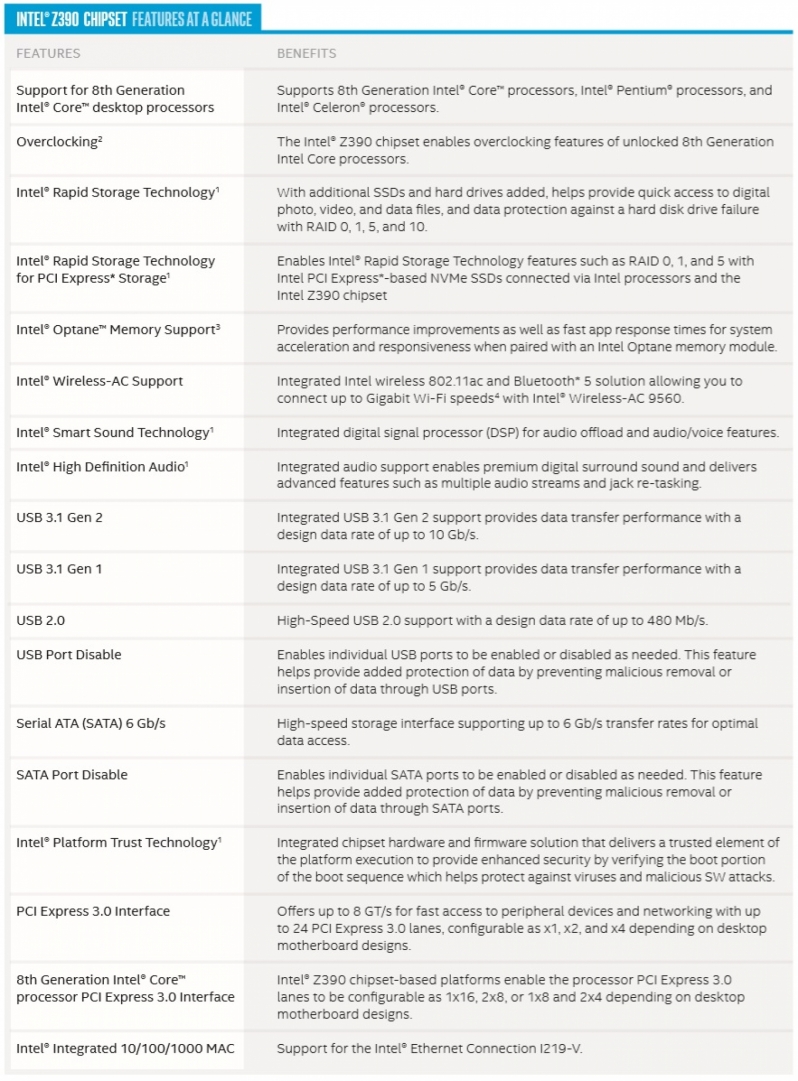 You can join the discussion on Intel's new Z390 motherboard chipset on the OC3D Forums.

Special Thanks to TheF34RChannel for the info.

Dicehunter
So it's the same exact socket as Z370 but the chipset enables more USB ports and even though it's the same socket Intel will lock out existing Z370 owners from dropping in the upcoming 8 core Coffee Lake CPU.


I hope I'm wrong and Intel take a page out of AMD's consumer friendly handbook.Quote

demonking
They did it for ivy. P67 and z68 I think. Remember putting a 3770 in a friend's P67 board. If they don't officially the board manufacturers might offer it.Quote
Reply