Intel has now officially announced their 10nm manufacturing technology, stating that it packs 2x as many transistors than competing "10nm" manufacturing nodes.
This third Generation FinFET manufacturing node from Intel is a true 10nm design, one that the company states is "a full generation ahead of other "10nm" technologies". This is because the industry does not use a standardised unit of measurement for defining the "size" of a manufacturing node.

These days, most fabs use the ??nm term for marketing, rather than a physical measurement or characteristic of characteristic of their processing node, this has lead to a situation where TSMC are now calling an enhanced version of their 16nm FinFET node 12nm, despite the fact that the size of the node have remained unchanged.

Intel right now are the only major Fab that properly scale their node naming schemes with their process node sizes, giving them what could be defined as the "best" processing technology in terms of transistors per unit area.

The minimum gate pitch of Intel’s 10 nm process shrinks from 70 nm to 54 nm and the minimum metal pitch shrinks from 52 nm to 36 nm. These smaller dimensions enable a logic transistor density of 100.8 mega transistors per mm2, which is 2.7x higher than Intel’s previous 14 nm technology and is expected to be approximately 2x higher than other industry 10 nm technologies. 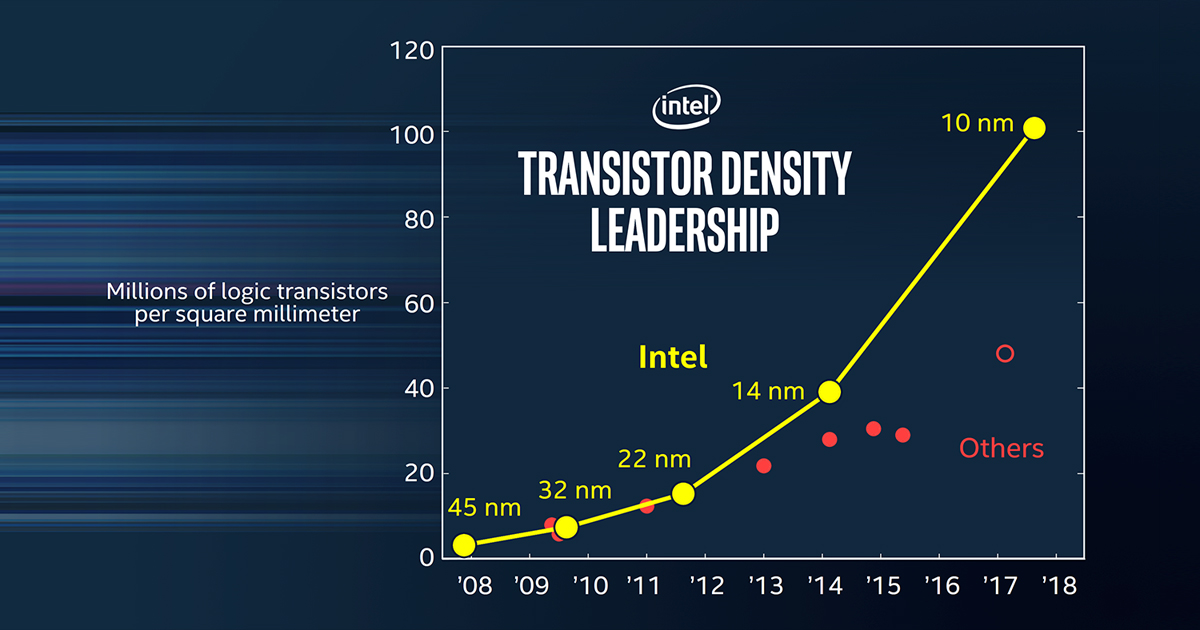 Many will wonder why Intel has not already moved to 10nm, especially when considering the fact that TSMC is already talking about their upcoming 7nm manufacturing process. To put things simply, TSMC's 7nm is not a true 7nm, at least when considering Intel's naming scheme.

This makes Intel better off using 14nm++ for now, as 10nm would not yield any performance gains over 14nm++, a node which likely has higher yields and manufacturing capacity. Intel's baseline 10nm process will be superior for low power designs, but not for high-end products.

Intel already has already created their 10nm+ node, which will offer a 15% performance boost over 10nm, with up to a 30% reduction in power, which is more than enough to make it a suitable replacement for 14nm++.

Intel’s 10 nm process delivers up to 25 percent better performance and 45 percent lower power than the previous 14 nm technology. A new, enhanced version of the 10 nm process, called 10++, boosts the performance an additional 15 percent while reducing power by another 30 percent. 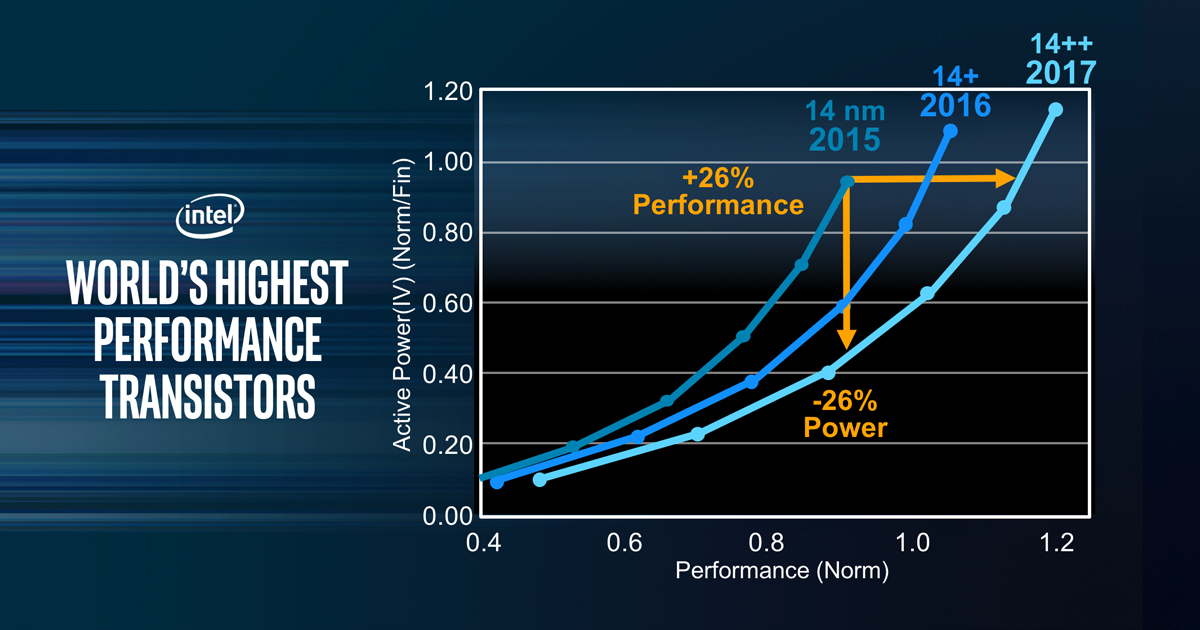 You can join the discussion on Intel's 10nm manufacturing process on the OC3D Forums.

NeverBackDown
They are still the leader, but not by much anymore.Quote

Surpuppa
When can we expect a 10nm CPU on the market?Quote

TheF34RChannel
Quote:
First half of 2018, I think? Unless they keep Cannonlake on 14nm?Quote

AngryGoldfish
10nm CPU's aren't reported until next year. They'll likely be server CPU's for data centers. Laptop CPU's will probably be next, then desktop in 2019. Coffee Lake looks to be the next big thing from Intel where they introduce six core CPU's to the mainstream. It'll be on the 14nm process though and would coexist with 10nm Cannonlake. We probably won't see mainstream desktop CPU's using the 10nm process until Ice Lake in 2019.Quote
Reply