What's the point of launch dates?

The German retailer Mindfactory had sold over 100 pre-launch i7-11700K Rocket Lake processors, selling each of them for €469 before Intel officially launched the CPU.

Like Nvidia and their RTX 3060 graphics card, Intel has been unable to prevent their i7-11700K processor from becoming available before its official launch date. This has resulted in many pre-release benchmarks for the i7-11700K making it onto the web.

This fumble has angered Intel's retail partners, who will want to see Mindfactory punished for their pre-launch sale of Rocket Lake processors. If Mindfactory doesn't need to comply with Intel's Rocket Lake launch date, why should they? This undermines the very concept of a product "launch day".

Compared to Intel's i7-10700K, HardwareLuxx has reported that Intel's Rocket Lake i7-11700K offers users an 18.5% and 16.2% performance advantage in Cinebench R20's single-threaded and multi-threaded tests, respectively. Not a bad generational leap from Intel, though this places Intel behind AMD's 8-core Ryzen 9 5800X. 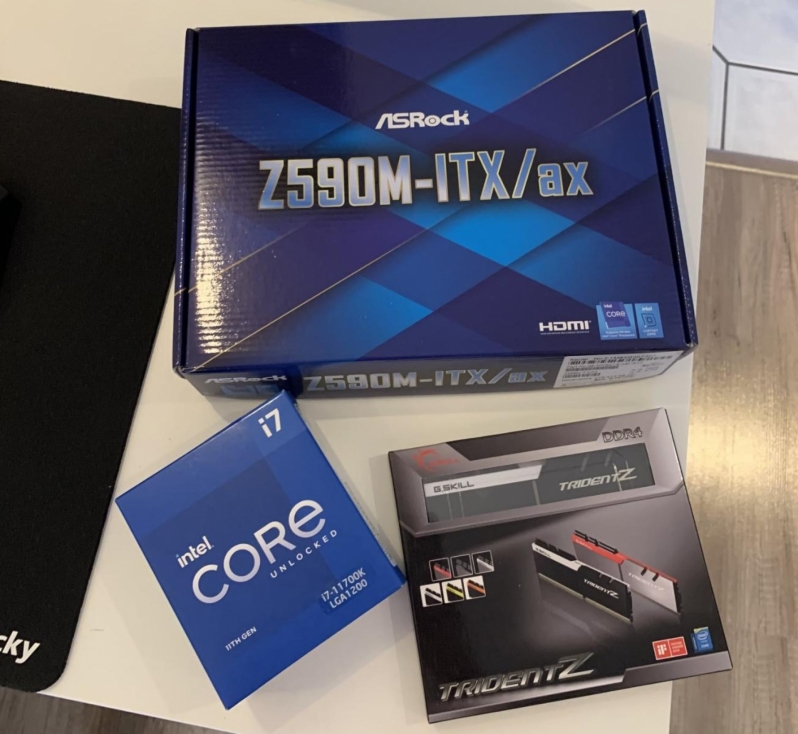 At this time, Intel has not revealed the pricing of their 11th generation Rocket Lake CPU lineup, making it possible that Mindfactory sold their i7-11700K processors at higher than MSRP values, profiteering from their early Rocket Lake CPU sales.

Mindfactory sold Intel's i7-11700K processors at a higher price than AMD's Ryzen 7 5800X processor, suggesting that Intel's MSRP pricing for these CPUs are above their Ryzen 5000-based counterparts, suggesting that Intel believes that they will offer consumers a performance advantage in many workloads. That said, Intel has not revealed their MSRP prices, making it possible that Mindfactory inflated their prices to make additional money from these early sales. We will need to wait for Intel to release official pricing for these SKUs to know one way or the other.

While Mindfactory's staff claim that they were allowed to sell these processors to customers, it is hard to see how this move was fair for the industry at large. Customers were buying CPUs before reviews or official pricing was published, giving customers no knowledge of the product they were buying and no idea if they were paying a fair price for said product. Some of these processors have already appeared on eBay at inflated prices, making matters even worse.

You can join the discussion on Intel losing control of its Rocket Lake launch as Mindfactory sells over one hundred early i7-11700K processors on the OC3D Forums.

Gothmoth
performance looks good that was expected.... but what about power draw and temps?


the whole industry is a s***show right now.... nothing surprises me anymore.

Warchild
Quote:
When it comes to Intel, I feel like progress is minimal. So I agree, one of the most important aspects now is temperatures. I wouldnt buy this chip if it was twice as fast as its predecessors with the downside that it hits 90C or more. Wouldnt be appealing to me at all.Quote

AngryGoldfish
Saying "we were allowed" to doesn't make it OK. That's like a child stealing sweets because their dad said it was OK to get sweets from the shop.Quote

Dippin-in
'If Mindfactory doesn't need to comply with Intel's Rocket Lake launch date, why should they? This undermines the very concept of a product "launch day".'

Well I would say AMD and Nvidia pretty much screwed that little doggie long ago.