Specifications for Intel's Kaby Lake i7 7700K have been shown on the SiSoft Sandra database, letting us know what to expect from the next generation of Intel CPUs.

One thing that must be noted is that this data comes from Engineering samples of intel Skylake CPUs, so the clock speeds of these samples may not be representative of the final product.

If these clock speeds are true then Intel will have to rely solely on IPC performance improvements in order for this CPU to perform better than Intel's i7 6700K. Most other specifications of this Kaby Lake CPU are identical to Intel's 6700K, with both CPUs having the same core/thread count, the same amount of L3 Cache and the same IMC speed of 4.0GHz. 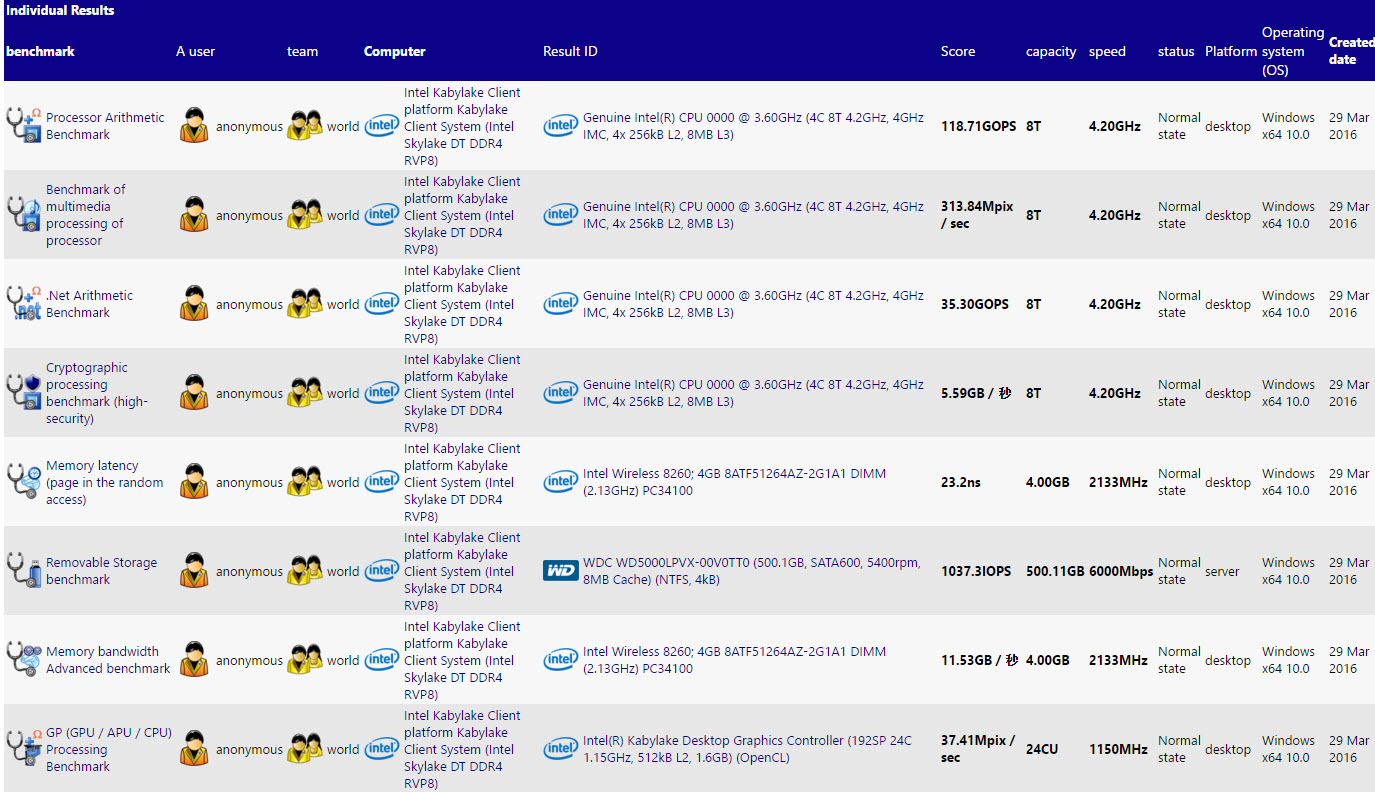 Intel's Kaby lake series CPUs are expected to use the same Intel LGA 1151 CPU socket, though a new 200 series chipset is expected to launch with this new series of CPUs. At this time, it is unknown if Kaby lake will function with Intel's current 100-series LGA 1151  series motherboards.

You can join the discussion on these leaked Intel Kaby lake CPU Specifications on the OC3D Forums.

Specifications for Intel's Kaby Lake i7 7700K have been shown on the SiSoft Sandra databasehttps://t.co/O58RJ8r8lv pic.twitter.com/vbkfupP15r