Will 10nm bring Intel into a new era of performance and power efficiency?

During the company's Q3 2017 earnings call the company has stated that they are set to start shipping 10nm silicon before the end of the year, with plans to start ramping production in early 2018 and release products and systems that are based on the new process in the second half of 2018.

10nm is a huge process leap for Intel, so much so that they call their new 10nm process a "full generation ahead" of their competition, stating that their new 10nm production node offers 2.7x the transistor density of their existing 14nm node. This will allow Intel to create much smaller microprocessors, though the power and performance benefits of the node are currently unknown.

We're on track to ship our first low-volume 10-nanometer part by the end of the year. That will be followed by the initial ramp in the first half of 2018, with both high volume and system availability in the second half of 2018. 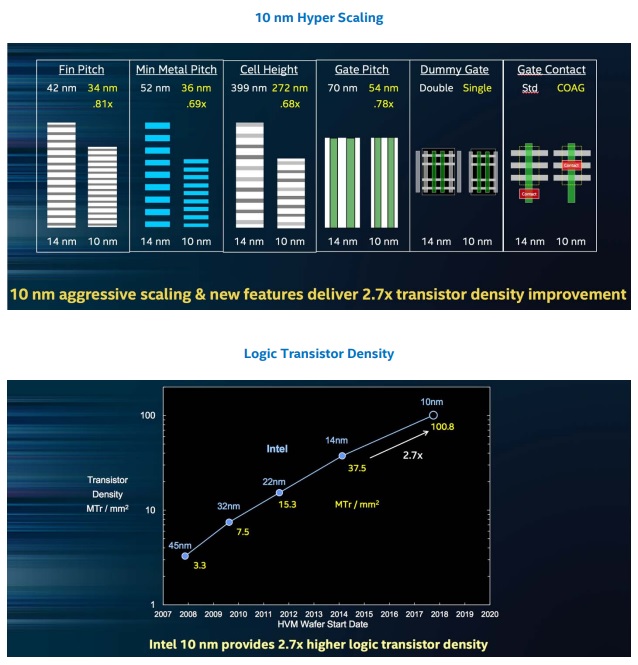 Rumour has it that Intel's 10nm node will be released in the form of new 8th Generation products, which will certainly be a strange move for the company from a branding perspective, especially if their 10nm products offer a significant performance advantage.

You can join the discussion on Intel's 10nm plans on the OC3D Forums.