New benchmarks for Intel's i9-13900K have leaked online, coming via @OneRaichu on Twitter. These benchmarks showcase incredible performance levels from Intel's latest i9 series processor, and the huge performance gains that are possible if users push past the CPU's power limits.

By default, Intel's i9-13900K appears to deliver CPU clock speeds as high as 5.8 GHz, offering users a single-threaded Cinebench R23 scores of over 2,200. This easily surpasses what is possible with AMD's current-generation Ryzen 5000 series processors, with AMD's Ryzen 9 5950X achieving scores of around 1650 in single-threaded tests. 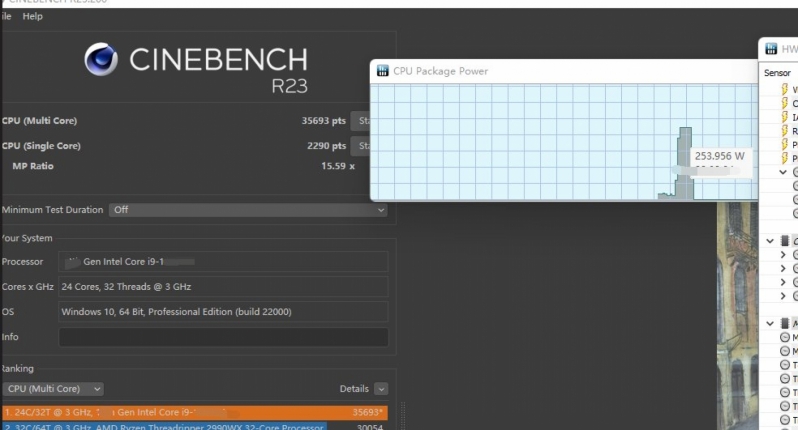 You can join the discussion on Intel's i9-13900K processor on the OC3D Forums.