Intel gets honest about 10nm; it will be less profitable than 22nm

Intel gets honest about 10nm; it will be less profitable than 22nm

Anyone who follows the PC market should know that Intel's 10nm node has been a disaster story for the company. Remember Cannon Lake? No? Cannon Lake was so bad that Intel refuses to acknowledge its existence, so much so that it took Intel two years to release newer 10nm processors with Ice Lake. Even then, Ice Lake released in low quantities, and can often be outperformed by Intel's 14nm products.

For years Intel has told us that 10nm processors were coming, and now that 10nm processors are here, all we are hearing is about 10nm+ and the company's future 7nm and 5nm nodes. At this week's Morgan Stanley Analyst Conference, Intel's CFO, George Davis, discussed 10nm in great detail, confirming that many have expected for years.

In his comments on 10nm, as transcribed by Anandtech, Davis confirmed that 10nm would be less profitable than both 14nm and 22nd.

With their 10nm node underperforming, and stiff competition from AMD, Intel will be forced to cut its margins. Furthermore, Intel has been forced to invest heavily in future nodes like 7nm and 5nm. Despite 10nm's challenges, Intel still needs to ship 10nm products to revitalise its product lineup. 14nm silicon can only go so far, but right now it looks like 10nm will be the gamechanger that Intel wants it to be.

By the end of 2021, Intel plans to be ready with its next-generation 7nm process node, a node which is due to be on par with competing 5nm nodes from the likes of TSMC and Samsung.

But still, the effect of 10nm in 2021 is just, it's sort of built today because you've got to get through that product cycle and the node. We're excited about the products but you know, the node isn't going to be quite the performer that historically we've had… Interestingly, and indicative of how we're approaching process technology going forward, we also have 10+ coming out this year… it's hard to find a conference [where] we've been able to talk about some of these things. 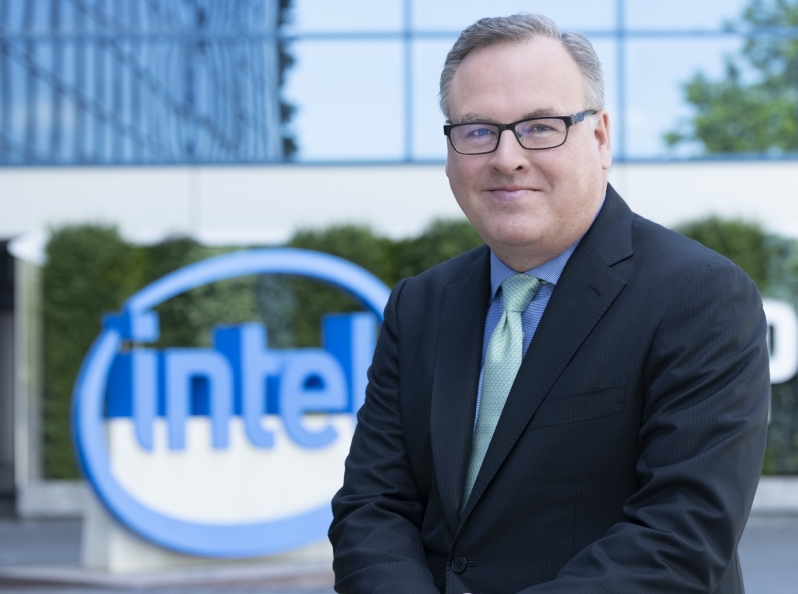 Intel plans to regain process leadership with their 5nm manufacturing process, which has no firm release timeframe. Our best guess is that it will be read in 2024, little more than two years after Intel's 7nm "late 2021" node. This gives time for an interim 7nm+ node.

So we bring a lot of capability to the table for our customers, in addition to the CPU, and we feel like we're starting to see the acceleration on the process side that we have been talking about to get back to, you know, parity in the 7nm generation and regain leadership in the 5nm [generation]

It is refreshing to see an Intel executive be honest about the state of the company. For too long we have been told that 10nm is "making progress" or is "on track". Right now, Intel is behind, and intense competition from AMD is going for force Intel to cut its margins and do everything it can to stem the growth of its rival.

Remember that Intel doesn't expect process leadership until 5nm, which means that until then Intel will have to rely on architectural innovations to outcompete their rivals.

10nm has been a humbling experience for Intel, and we hope that this has caused the company to reset its course and refocus itself on making leading-edge products. Years of unrivalled leadership has allowed Intel to go soft, and we hope that they can return to form in the coming years. We need strong competition from both sides to push technology forward, which means that we need both Intel and AMD to be at their best.

You can join the discussion on Intel being honest about 10nm on the OC3D Forums.

NeverBackDown
Quote:
This has more to due to fabs than Intel vs AMD. This is just a pure mess up on Intel. They have spent so much money on time they cannot possibly make as much money as they wanted. It is a very bad ROI for them.Quote

AlienALX
Quote:
It's a combination of everything dude. The whole architecture is a huge problem for Intel. AMD have shrunk what? twice? in just over a year? That's pretty incredible really and really says something for their whole design and architecture.

I suspected clock speeds was their Achilles heel, and the facts seem to bolster that.

It's kinda funny that once AMD get to Zen 3 Intel are going to be in the dust somewhere.Quote

grassman
Exactly, If Zen never released we would already have desktop 10nm parts the top end consumer part would be a 4 core 8 thread i7 at 4ghz or so.Quote

Warchild
The worry I see in the future now though is with Intel stagnant, AMD will surely rise and dominate. However, if there is no pressure or competition from Intel, then AMD will no longer feel obliged to push the limits of Zen, so our market will once again be incremental increases per generation. Only this time it is AMD with all the cards in hand.

As much as we all dislike Intel's practises. We cannot dispute that their architecture was good (excluding security flaws). We need Intel to continue their push for market domination in order to keep all parties competing.Quote
Reply