A new chipset is coming?

This data was uncovered by momomo_us on Twitter, with recent rumours surrounding Comet Lake suggesting that Intel will offer ten 14nm cores to consumers later this year. This insane number of cores is what justify's Intel's chipset change, as the company typically supports two CPU generations before a change in socket/chipset. While Intel's 8th and 9th Generation processors are both Coffee Lake, they still count as two processor generations. Beyond that, a ten core processor is likely to pull more power than most Intel 300-series motherboards can handle.

Ice Lake is also mentioned within this driver, alongside a 495 series chipset, which is likely to arrive in 2020 as an updated version of a lower-end 490 series chipset, which could release with Comet Lake. This is merely speculation, but it would make sense for Intel 400 series chipsets to work with both Comet lake and Ice Lake series CPUs, with the 400-series supporting two product generations, as usual. 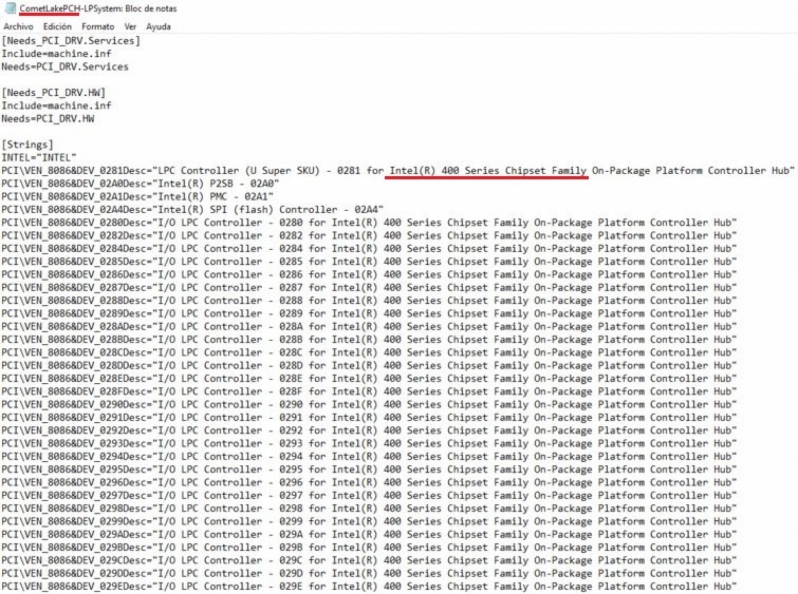 With this data in mind, it is worth noting that Ryzen 3rd Generation (Zen 2) support is coming to most of AMD's existing AM4 motherboards through BIOS compatibility updates. This means that AMD's upcoming 7nm products will work with existing motherboards, making it easier for AMD users to upgrade to newer CPUs.

If Intel's rumoured Comet Lake CPUs require a motherboard change, the company will be seen as greedy by a lot of their consumer base, especially if Comet Lake continues to use a Skylake/Kaby Lake/Coffee Lake core design. 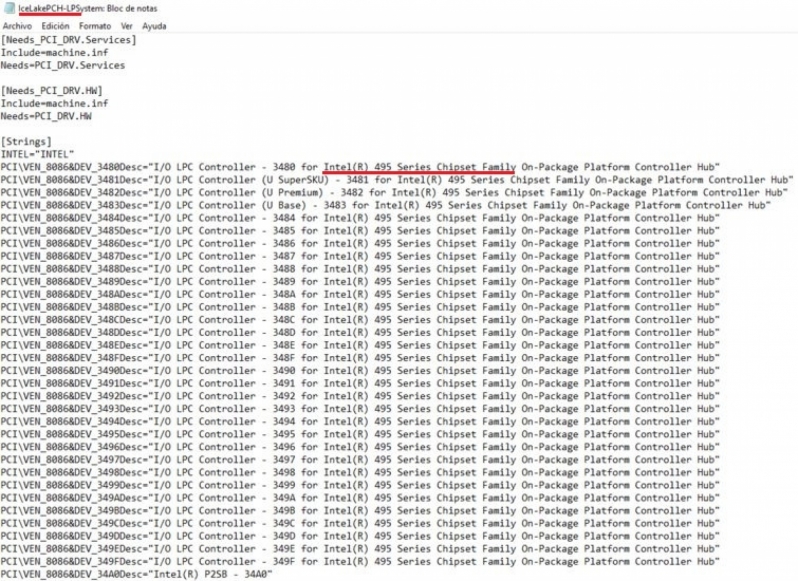 You can join the discussion on Intel's rumoured 400-series chipsets on the OC3D Forums.

looz
Hey with PCI-E 4.0 around the door there might be a purpose other than preventing backwards compatibility with this one!Quote

Damien c
It's hardly surprising that a new chipset and therefore a new motherboard would be required for Intel's next range.

Whilst yes I could say it's typical old Intel being greedy and money grabbing, I will withhold judgement until we see what comes with the chipset.

As it is, if AMD and the Ryzen 3000 series can give me the same or within 5% gaming performance of Intel then my next CPU will be a Ryzen for my main machine, but if it can't then I will stick with my 7700K.Quote

Dicehunter
Quote:
Depends on what you do, If like me you prefer high refresh rate gaming at 1080P i.e 24" 240Hz monitors, Then I highly doubt AMD will catch up to Intel anytime soon, An example is that an 8700K paired with a Radeon 7 with the 8700K at an all core boost of 4.70GHz in the opening area of the Earth zone in Destiny 2 max settings 1080P gives around 140FPS, With a Ryzen 2700X I get 70FPS in the exact same position due to being extremely CPU bound, AMD REALLY need to up their game in the single core performance area.Quote