Intel's Core+ Bundles will soon be no more.

Last year, Intel released issues their new i5+, i7+ and i9+ processor brands, hoping to accelerate the adoption of the company's Optane Storage by packaging it with their popular core series processors.

Intel's Core + products bundle a 16GB Optane accelerator drive with their 8th Generation Core processors, where their Optane memory is expected to act as an XPoint Cache for a secondary storage medium, such as a hard disk drive. Unfortunately, while Optane has found some success in the notebook market, it hasn't seen wide adoption in the custom PC market.

Optane SSDs offer performance levels that sit somewhere between a RAMDISK and traditional NAND storage, delivering extremely high levels of performance at low queue depths and the ability to be used as a cache/system accelerator for standard hard disk drives. The main problem with Optane is its high cost/GB, making it unsuitable as primary system storage, with standard SSDs offering a lot more storage capacity for your money.

Intel's "Core Plus" branding will be used with systems that are accelerated by Optane storage, which is used to cache and HDD for enhanced read/write performance. The CPU side of the equation will be unchanged, though the addition of Optane will have an impact on overall system performance, especially when compared to systems which use an HDD as primary storage.

With this branding, Intel plans to encourage more OEMs to create systems that use their Optane system accelerators, acting as a means to force system integrators to use Intel over AMD. Intel's Optane Storage drives cannot be used to accelerate PCs without compatible Intel hardware, making the feature Intel exclusive. Optane acceleration on competing hardware requires 3rd party hardware/software features, such as AMD's StoreMI technology.

Intel's Optane Accelerators have found some success within the notebook market, accelerating notebooks with mechanical storage to produce some impressive results, granting users a good balance between storage performance and capacity at a low cost. 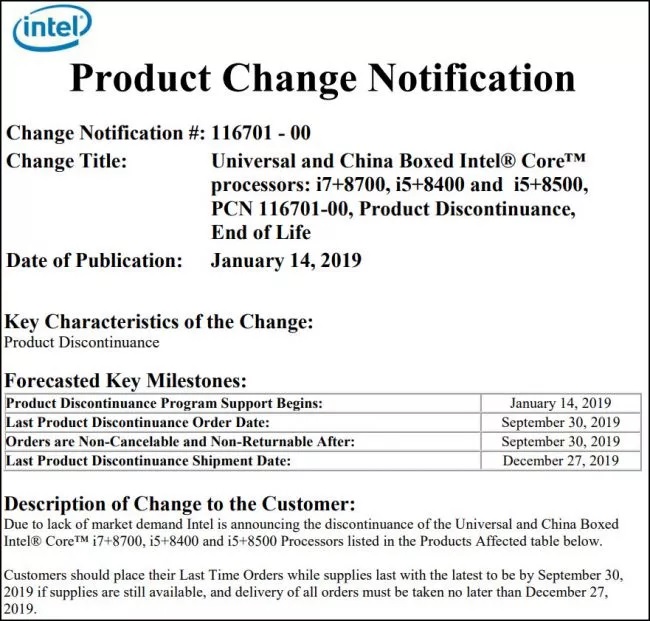 You can join the discussion on Intel Discontinuing their Core+ Processor/Optane Bundle on the OC3D Forums.

Dawelio
Mark, is this correct or is it just me that gets it incorrectly?