This sounds a little too good to be true...

Screenshots that showcase an Intel i3 CPU called the i3 8300 have appeared online, a CPU that is shown to have four cores, eight threads and a core clock speed of 4GHz.
On the face of it, this looks amazing, giving the i3 series a doubling in core count and thread count, making it the equivalent of a current generation i7 in this regard, though it does appear to be a "too good to be true" scenario.
At this time it is hard to tell how much validity this leak poses, though it seems unlikely that Intel would deliver such a huge upgrade to their i3 lineup, with many previously expecting a more to a quad-core/quad thread design to more directly compete with AMD's Ryzen 3 lineup. 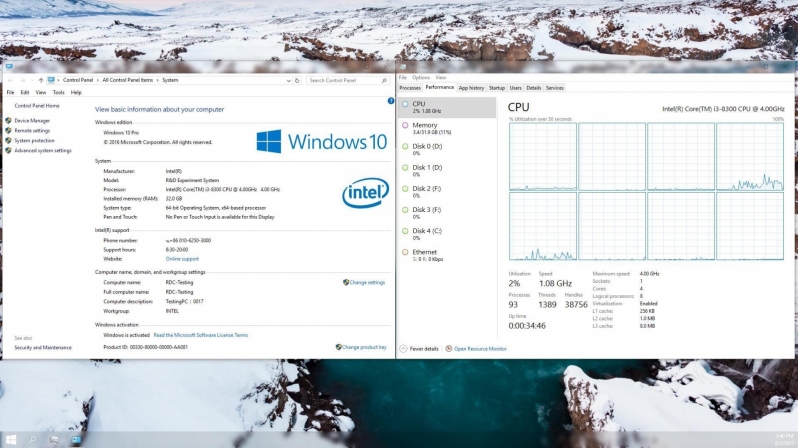 So far we have seen new "Coffee Lake" series CPUs that are numbered down to the i5 8400, which is said to release with six cores, making it possible that an i3 could come with 4-cores and 8-threads but still unlikely from a brand/segmentation standpoint.

Intel's i3 branding has been exclusively for dual-core CPUs since its inception, which means that it has been almost eight years if i3s with no core count upgrades. With the release of Ryzen now seems like the time for some change, doesn't it?

You can join the discussion on Intel's rumoured 4c/8th i3 series 8300 CPU on the OC3D Forums.

AlienALX
YAWN. So it's a rebadged I5.Quote

AlienALX
Quote:
Laptop ones do

Korreborg
It cannot be right. Where would that leave the i5's.Quote
Reply