In a letter to its customers and partners, Intel has publically apologised for its ongoing CPU shortage, confirming that Intel's 14nm production woes are far from over.

This has been the case for over a year now, despite Intel's best efforts to increase its wafer capacity and to offload some of its manufacturing workload to 3rd party foundries. Simply put, Intel has seen growing demand in recent quarters, easily outpacing the company's ability to increase its output.

Now, Intel has confirmed that its CPU supplies remain tight and that the company is operating with limited inventory buffers, which means that the company doesn't have enough product to fulfil orders promptly. Intel is continuing to invest in its 14nm capacity and its 10nm ramp, but it is currently unable to meet today's market demand.

While this isn't a bad problem to have for Intel, as they currently sell every CPU they manufacture, this supply shortfall comes at a time where its rivals are more competitive than ever before. This supply shortfall has and will force Intel's customers to seek 3rd party alternatives; pointing them towards AMD-based processors. This could have extremely negative consequences for Intel when AMD inevitably brings its 7nm Zen 2 processors to mobile platforms.

Intel's latter states that the company has faced "production variability" this quarter, which implies that Intel has produced fewer processors than expected. This could be due lower than expected yields, or unexpected downtime at one of Intel's fabs. Even so, Intel still believes that it will achieve its financial targets for the next quarter. Intel's Q4 revenue guidance remains unchanged.

Below is Intel's letter to their customers and partners.

To our customers and partners,

I’d like to acknowledge and sincerely apologize for the impact recent PC CPU shipment delays are having on your business and to thank you for your continued partnership. I also want to update you on our actions and investments to improve supply-demand balance and support you with performance-leading Intel products. Despite our best efforts, we have not yet resolved this challenge.

In response to continued strong demand, we have invested record levels of Capex increasing our 14nm wafer capacity this year while also ramping 10nm production. In addition to expanding Intel’s own manufacturing capability, we are increasing our use of foundries to enable Intel’s differentiated manufacturing to produce more Intel CPU products.

The added capacity allowed us to increase our second-half PC CPU supply by double digits compared with the first half of this year. However, sustained market growth in 2019 has outpaced our efforts and exceeded third-party forecasts. Supply remains extremely tight in our PC business where we are operating with limited inventory buffers. This makes us less able to absorb the impact of any production variability, which we have experienced in the quarter. This has resulted in the shipment delays you are experiencing, which we appreciate is creating significant challenges for your business. Because the impact and revised shipment schedules vary, Intel representatives are reaching out with additional information and to answer your questions. We will continue working tirelessly to provide you with Intel products to support your innovation and growth. 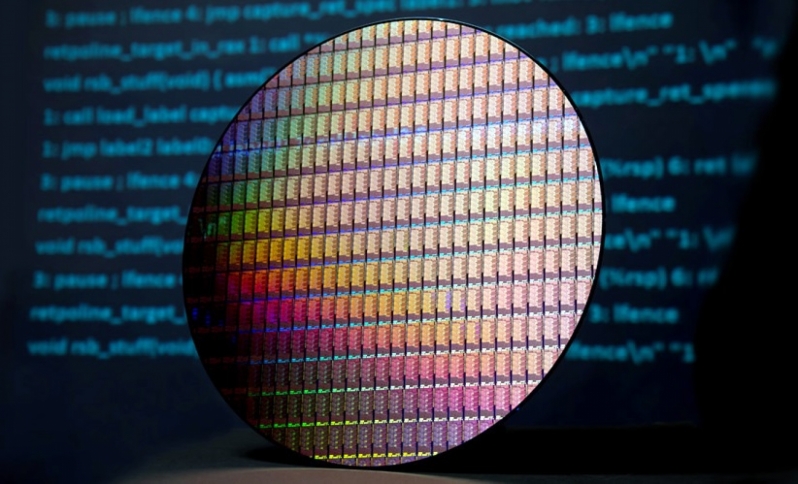 This shortage must be music to the ears of Intel's competitors, as undermined confidence in Intel will undoubtedly bring customers to rival companies. Perhaps this is why we are seeing a lot more AMD Ryzen Mobile laptops hit the market in recent quarters, or why AMD appears to be winning customer after customer with its EPYC server lineup. If Intel cannot create enough processors, customers will have to start buying AMD processors.

You can join the discussion on Intel's confirmation that its processor supply issues are ongoing on the OC3D Forums.

Giggyolly
AMD really needs to hit a home run with their 4000 series mobile parts. They're still resigned to being a cheaper option in that segment.Quote

Avet
Intel is really in a bad position here. So many OEMs depend on them. If AMD can't meet the demand you just can't buy CPUs in the stores.

Edit: It won't be easy for AMD to jump in mobile market. Intel probably has some sort of non-compete partner contract with manufacturers. Even if they would want AMD product they couldn't.Quote

grec
Quote:
Maybe, but that would still be illegal like that last two times. (Though there's lot of other financial and logistical challenges an OEM would face to supporting two directly competing lines simultaneously)Quote

Avet
Quote:
Evga is Intel exclusive, Sapphire is AMD exclusive. There are those types of deals. Another thing. Intel probably offers much better support package and help with implementation. AMD doesn't have that kind of manpower. They probably just sell you the CPU and the Chipset and you deal with implementation alone. The same goes for the server market. With Intel you get a full on deal, with AMD you get parts and maybe some support.Quote

grec
That's quite different on the first bit, an OEM choosing to only supply one company isn't the same as a major company offering bribes or incentives to not use a smaller competitors products, one is a business choice and the other is breaking antitrust law through "unfair competition" as a result of undermining the free market (and it's hard to say there isn't legal precedent on that).
Second bit is completely true though, Intel has long offered hefty amounts of extra support to OEMs as an incentive, a significant portion of their revenue and expenditure is from services generally though.Quote
Reply