Intel Claims their 7nm EUV Process Tech is On Track

Intel Claims their 7nm EUV Process Tech is On Track

Intel's 10nm process tech was initially set to enter mass production in 2016, but after a long string of delays, the technology remains barely utilised by the company, allowing their competitors to catch up and release seemingly equivalent process technology before their 10nm tech could properly hit the market.

Right now, Intel's 10nm process tech is set to enter high volume production in mid-late 2019, with the technology's long-term delays forcing rapid changes to the company's product roadmap. There is a reason why Intel's past four generations of core processors use Skylake-based CPU cores, rather than newer microarchitectures.

10nm was an aggressive node, and this has been to the detriment of Intel, who have confirmed to Anandtech that the company is "going back to more like a 2X scaling factor" for future process nodes and that 7nm "is a largely separate effort" to 10nm.

Intel remains confident that they can deliver 7nm on schedule, though at this time the company's planned release timeframe for 7nm remains unknown. 7nm has been developed by a different team than 10nm, with the node being set to make extensive use of EUV technology, which will help facilitate the node's smaller size.

One potential stumbling block for Intel's 7nm plans is the availability of EUV machines, as the 2x scaling goal of 7nm will require a large number of these cutting-edge machines. ASML is the only company that manufactures these machines at this time, with both Samsung and TSMC also hoping to get a good supply of the company's EUV tech. Overuse of EUV could prove detrimental for next-generation nodes, as the supply of EUV machines is extremely limited and this supply could limit the manufacturing capacity of future process nodes. 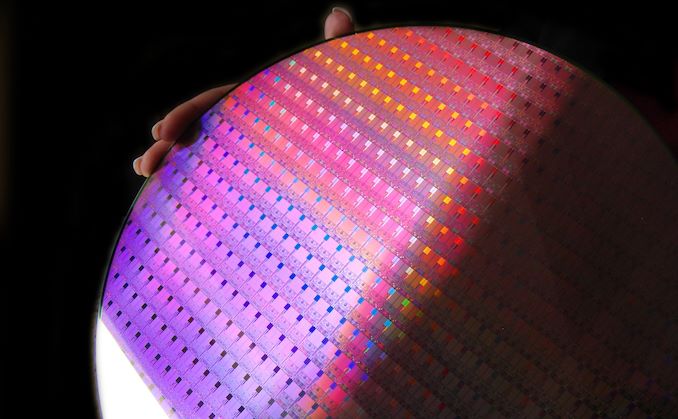 At this time it is unknown when Intel plans to start utilising their 7nm process tech, as the company has not released their current foundry roadmap. If Intel can move back to their bi-yearly process shrink schedule, we could expect 7nm in 2021 (assuming 10nm releases in 2019), though the process node could come much later.

You can join the discussion Intel's 7nm EUV process tech on the OC3D Forums.

AlienALX
On track? Does the track look like this?

looz
Doubling the density of Intel's CPUs sounds a bit like placing a magnifying glass in front of sunlight. :-PQuote

demonking
I personally see this as bad news. If they manage to get this up and running on time then we are going to have the Nvidia fiasco all over again. They are going to want to get rid of as much 14 and 10nm stock as possible (maybe keep one or the other for chipsets) and price they're 7nm at ridiculous prices. its a double edged sword, get rid of all the old stock and any sales of the new tech at the higher prices will recoup some of the 10nm losses. I really really hope AMD keep things going and keep the prices below intel's. otherwise I can't see me still being a PC enthusiast when I get into my 40's.Quote
Reply