More of Intel's upcoming processors have been leaking from the usual sources, appearing on benchmarking database like the SiSoft and 3DMARK to give us a glimpse of what is coming next from Intel.

This new processor is listed under the Core m3-8114Y name, offering two CPU cores, four threads and UHD series graphics. Like most low-TDP offerings the base clock of this processor is rather low, with 3DMARK listing it as 1.5GHz, though this is acceptable for a processor designed for use in ultra-low-power tablet PCs.

Another interesting aspect is this CPU's support for LPDDR4 memory, low power memory which typically used in the mobile market. This data suggests that Intel's Cannonlake i3-8121U is made from defective Core m3-8114Y silicon, explaining the former's lack of iGPU functionality and why Intel has not discussed the product much openly. 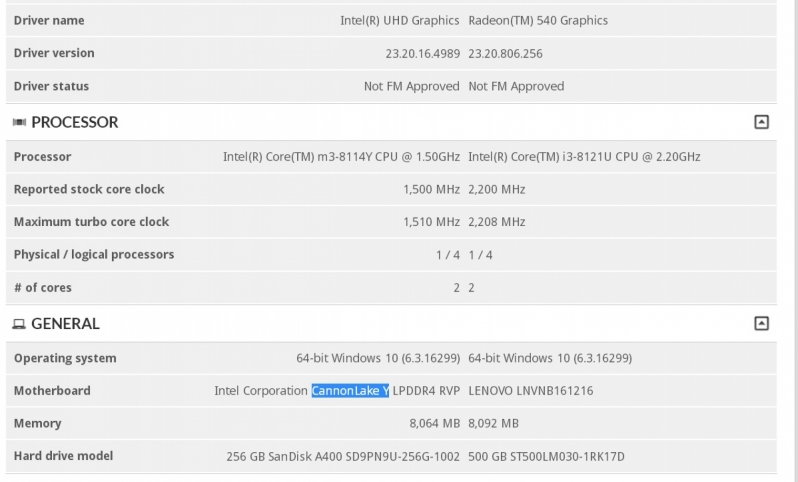 It is possible that Intel will reveal Cannon Lake Core M at Computex next month, which could be used to create a new range of ultra-low-power/cost Windows 10 tablets and other devices. It will be interesting to see how much of an impact Intel's 10nm process could have in this market, despite the company's current yield issues.

You can join the discussion on Intel's 10nm Cannon Lake m3 processor on the OC3D Forums.