AMD's battle with Intel is heating up, with their Ryzen 2nd Generation processors and EPYC series of server processors proving popular amongst both consumers and datacenter customers alike, breaking Intel's pseudo-monopoly on the x86 CPU market.

A recent comment from Instinet's Romit Shah (via Barrons) has stated that Intel's CEO, Brian Krazanich, was "very matter-of-fact in saying that Intel would lose server share to AMD in the second half of the year," and that Intel was bracing themselves for a significant loss in market share.

What's shocking is how much market share Intel's CEO expects the company to lose, with Shah reporting that Krzanich "draw a firm line in the sand" when it came to AMD's potential for increased market share. Krazanich reportedly "indicated that it was Intel's job to not let AMD capture 15-20% market share."

Based on these reported expectations from Intel, AMD is likely to surpass their projected market share gains over the next two quarters, though some of this competition could come in the form of AMD-licensed processors in the Chinese market later this year. More information about AMD's licensed x86 server processors from Hygon here.

The main stumbling block for AMD in the server market is trust, as investors are only likely to invest in EPYC after AMD can prove that they can execute several generations of high-end processors before cautious data centre administrators are willing to move away from Intel. Transitioning away from Intel could be en expensive process thanks to changes in client-specific software optimisations and software validations.

AMD is already making a lot of progress towards gaining trust within the server market, with their announcement that their 7nm Zen 2 processors and their support EPYC's existing SP3 socket making transitions away from Intel seem a lot more viable to system admins. COntrast this to Intel who has not released any detailed information about their 10nm server roadmap. 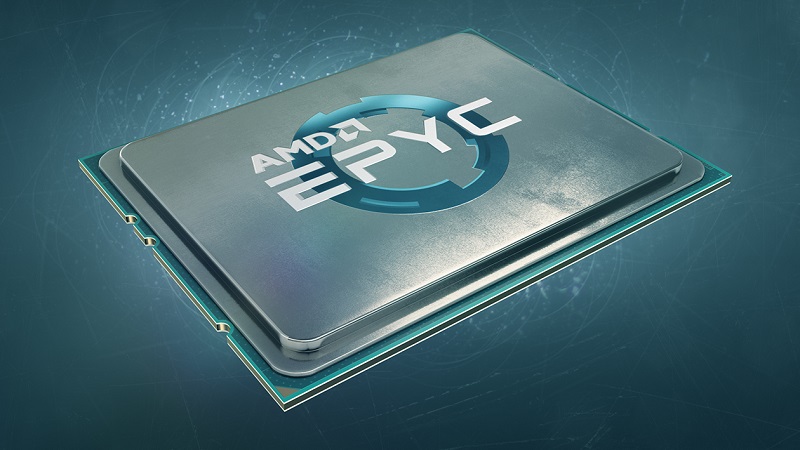 EPYC is expected to have a significant impact on one of Intel's most profitable businesses, enough that AMD's market share gains could outperform the server market's overall growth. This potential growth for AMD EPYC means that Intel may not be able to offset this market share loss with product sales thanks to server market growth.

You can join the discussion on Intel's potential market loss thanks to AMD's "stiff competition" on the OC3D Forums.
«Prev 1 Next»

demonking
Any market share going to AMD is bad for Intel.
Not only because Server builders look for longevity and if they move its going to be a permanent (not indefinite) move but, AMD's pricing is far better than Intel's.
They will have to cut the price of their server grade products, their most profitable market. However much they lose this year is going to grow next year if they don't hurry up with new architecture AND they are going to have to sell that new architecture at a more competitive price to get back that share.Quote

AlienALX
This is the stuff that makes me secks wee.Quote