While Ice Lake brings a lot to the table with its new core architecture, iGPU and AI capabilities; Comet Lake promises to deliver more performance than any mobile 14nm processor series before it, offering up to six cores and 12 threads at a TDP of 15W.

Intel knows that process tech isn't the be-all and end-all of CPU production. During their press call, an Intel employee stated that the company was using the "best tech for the best performance", rightly saying that consumers do not are about nanometers, they care about performance. That's what Comet Lake is all about.

With Comet Lake, Intel hopes to give users more performance at 7W and 15W with their Y-Series and U-Series of processors respectively, while also offering WiFi 6 and Thunderbolt 3 to offer customers additional value over their on-package 400 series chipset. 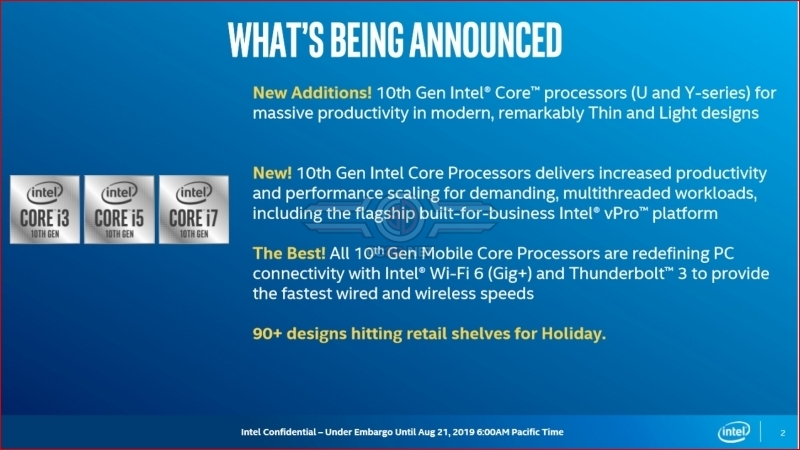 I know what you are thinking? Won't Intel's use of 10nm and 14nm in their 10th Generation confuse consumers? Yes, it will, but Intel has given us the slide below to help us differentiate the company's 10nm and 14nm products. 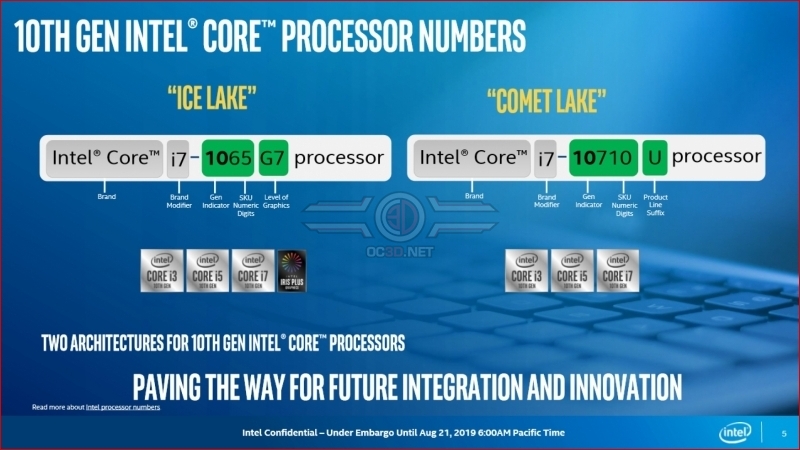 Unlike Intel's last-generation U-series processors, Comet Lake will offer users up to six cores and twelve threads. In addition to this, LPDDR4 memory is now supported alongside WiFi 6. Faster DDR4 memory speeds are also supported, enabling higher performance in some workloads.

With Comet Lake, Intel hopes to push its new H10 hybrid Optane/QLC SSDs as well as Thunderbolt 3, options which are currently rare on competing notebook designs. This is how Intel hopes to stay ahead of its competition. 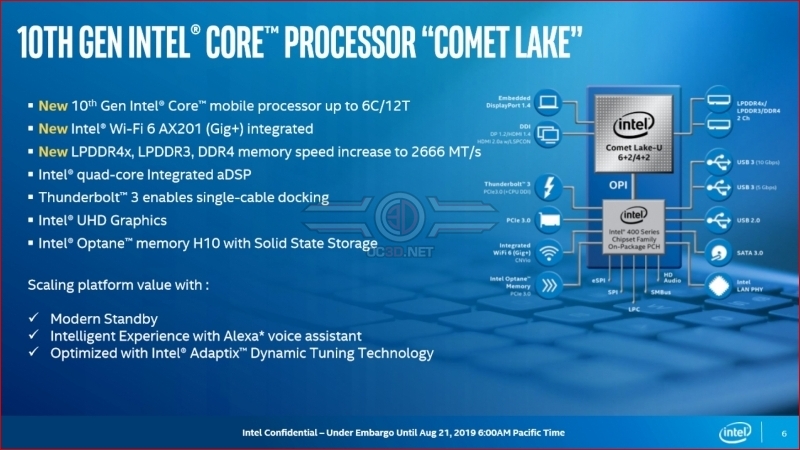 Ice Lake will offer more performance per clock thanks to Intel's architectural enhancements, but this will be outweighed by Comet Lake's higher clock speeds in many cases. Regardless, Ice Lake will feature the strongest graphics component and feature support for higher speed memory out of the box. 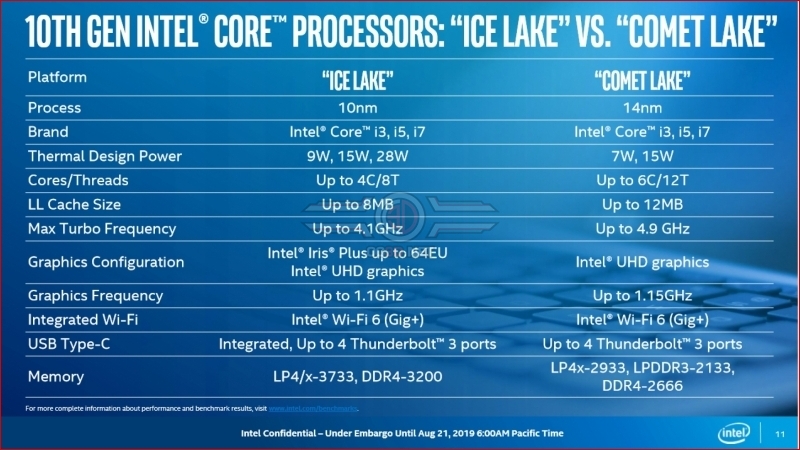 NeverBackDown
One of the most backward launches I've ever seenQuote