Has Intel lost its confidence in its Nervana AI technology?

Intel plans to move beyond the CPU market, seeing itself as a silicon company, not the CPU giant that it was previously. Now, Intel plans to enter the GPU market, grow into the datacenter AI market and expand into other areas of the silicon arena. The CPU market offers Intel limited growth potential, whereas its newly widened approach enables Intel to expand in several areas.

To take hold of the datacenter AI market, Intel has announced that it has acquired Habana Labs, an Israeli chip startup, for $2 billion, signalling potential problems with the company's existing Nervana roadmap.

Intel wants a slice of the AI chip market, an area which is currently dominated by Nvidia. With Intel's existing Nervana plans, one may wonder why Intel needs to acquire Habana Labs, but the simple answer to that question is Habana's high-performance chip designs and impressive training and inference performance claims.

Habana's technology is likely better than what Intel has with Nervana, especially when it comes to interface scaling. That's another reason why Intel would acquire an AI startup. If Intel wants to take on Nvidia, it needs stronger hardware, and its acquisition of Habana Labs will grant Intel a faster path to top-rate AI hardware.

Habana will remain as an independent business unit within Intel, continuing to be lead by its current management team. Hababa will report for Intel's Navin Shenoy, who will grant Habana access to Intel's portfolio of AI technology. This should help Intel and Habana deliver faster AI technology moving forward and assist Habana in its AI scaling plans. At this time the future of Intel's Nervana AI technology is unclear. 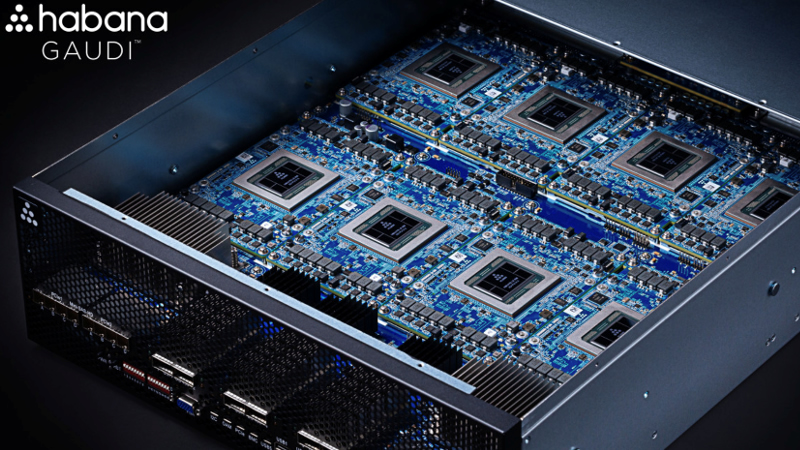 Moving forward, Intel plans to focus on more than just the CPU market, with AI and graphics acting as major growth vectors for the CPU giant. Only time will tell if these efforts will be successful against companies like AMD and Nvidia, who will be competing with Intel in the CPU/GPU and the GPU/AI markets respectively.

You can join the discussion on Intel acquiring Habana Labs for $2 billion on the OC3D Forums.

Dawelio
And when you think about the worth of just one person, Bill Gates or Jeff Bezos, both worth over $100 billion, even though this is a ton of money and for a company, it's nothing in comparison to just simply these 2 people....Quote

Chopper3
We use Habana kit at work, it's great stuff and they're a decent company to work with, hopefully Intel won't arse that up.Quote
Reply