An unlocked mobile processor with a TDP of 100W

Back in November, Intel announced that they had been working with AMD's Semi-Custom division to create a Kaby Lake/Radeon hybrid, uniting a Kaby lake processor a Radeon GPU and HBM2 memory onto a single package.

Intel has accidentally leaked the specifications of this product on their website, listing the product as an "unlocked processor", suggesting that this new processing unit is overclockable. This processor is called the i7 8809G, which offers a base clock speed of 3.1GHz, four processing cores, eight thread and both a Radeon RX Vega M GH graphics chip and Intel HD 630 graphics.

Intel is also expected to release lower-end versions of this processor, either with a cut-down graphics unit, lower CPU clock speeds or a combination of both. 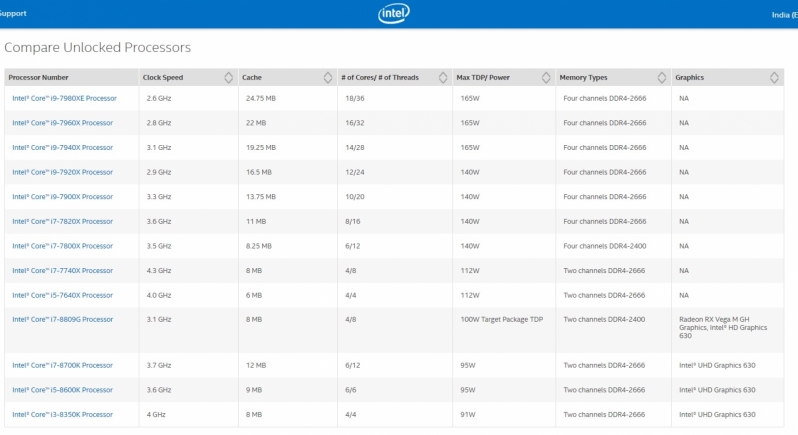 At this time it is unknown exactly how high this CPU's clock speeds will boost under load, or how powerful AMD's RX Vega M GH graphics processor is, though this is expected to be officially revealed within the next few weeks or months.

You can join the discussion on Intel's accidental leak of their i7-8809G Intel/Radeon hybrid on the OC3D Forums.

Ghomri
Quote:
You have to remember it's combined CPU and GPU. If you put these two together in other gaming laptop it would reach over 100Watt TDP.Quote

AlienALX
It will probably end up in Apples too. Possible Imac Pro?Quote

grassman
Most likely, I don't see Microsoft being the first to embrace an open standard like HSA first.Quote
Reply