This packaging also confirms what was revealed earlier this month by AsRock,  that this new generation of CPUs will require a new Intel chipset. Existing 200-series motherboards will not be usable with Intel's new 6-core desktop CPUs, which is hugely disappointing given the fact that Intel's 200-series of motherboards were only released at the start of this year. 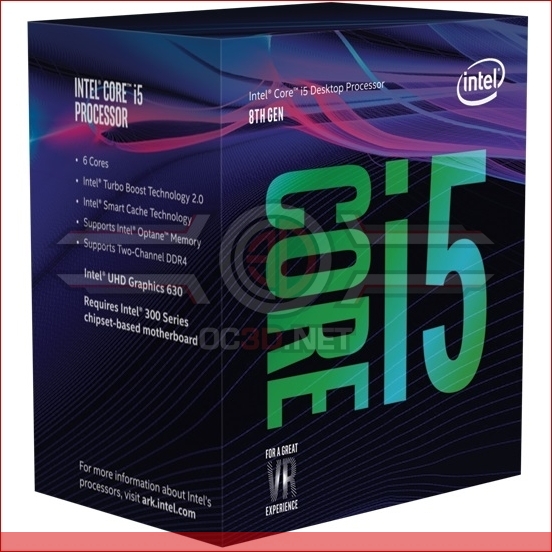 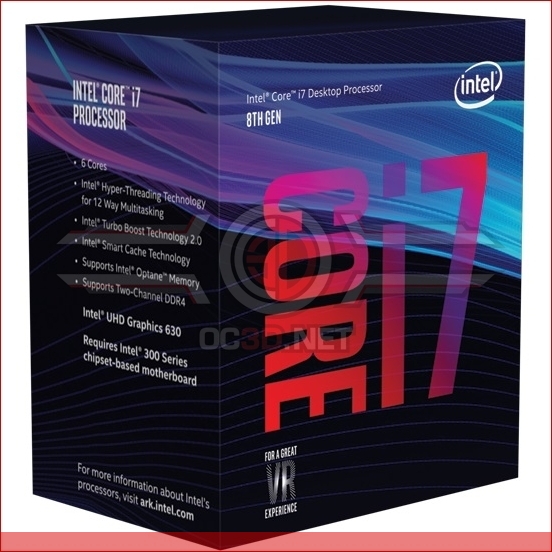 You can join the discussion on Intel's upcoming 8th generation desktop CPUs requiring new motherboards on the OC3D Forums.

Excalabur50
Good old Intel sticking it to everyone yet again with yet another motherboard needed, what a joke...........only no one is laughing.Quote

Damien c
Way to stick it to your customers yet again Intel.Quote

Daiyus
I keep flip-flopping between who I want to buy from for my next build. I either want Intel/Nvidia or AMD/AMD. Either way I really want to go for a six-core CPU as I've had four-cores in every system I've made for a decade now. I'm sure the 8700k will be killer, but also at least 50% more expensive than an R5 1600 and I'm expecting Z370 motherboards to be pricier than B350/X370 overall further compounding the uplift.

I'd ideally like GTX 1070 performance too but that's a really awkward performance point in the market due to miners and AMD latest "MSRP's".

I can either save money on the Ryzen CPU and put that back into a Vega 56 or grab the 8700k and a GTX 1060 to get me by and then upgrade to a GTX 1080 Ti second hand somewhere down the line.

I want to buy the GPU next month but without settling on a pairing I don't know what to get...Quote

Excalabur50
Quote:
Get the AMD CPU and the Vega 56 I think you'll be much happier in the endQuote

TheF34RChannel
Excellent, I'd like to get myself a new board alongside a new CPU!

To the AMDefenders: just wait until AMD starts doing the same, because you know...business...money...Quote
Reply