Images of ASRock's TRX40 Taichi motherboard has been pictured

Images of ASRock's TRX40 Taichi motherboard has been pictured

AMD plans to reveal its Ryzen 3rd Generation processors sometime this month, they said so back in September. Now, we have a look at a leaked motherboard from ASRock called the TRX40 Taichi, which comes courtesy of @Kostin-iti on Twitter.

Sadly, we can't glean much information about this motherboard due to the low-resolution nature of the image, aside from the motherboard's use of what appears to be quad-channel memory (with 2 DIMMs per channel), and its use of a large VRM heatsink.

According to the leaker, ASRock's TRX40 motherboard is due to be announced "in the coming days (Translated from Russian by Microsoft). 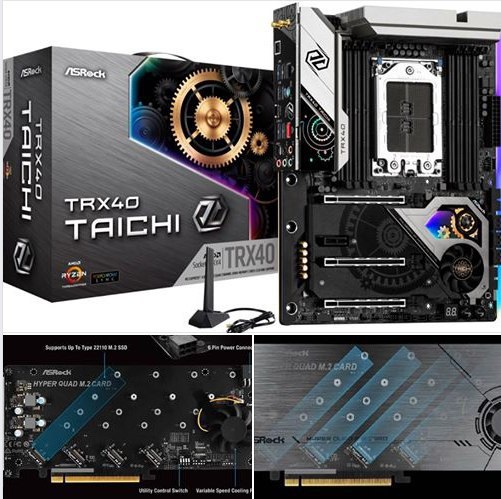 You can join the discussion on ASRock's TRX40 Taichi motherboard on the OC3D Forums.