Gigabyte shows off its first AMD X670 motherboards at Computex 2022

Yesterday, AMD revealed a lot of new information about Zen 4, their Ryzen 7000 series desktop processors and their new AM5 CPU platform. Now, Gigabyte has showcased their readiness to transition to AM5 by showcasing four new X670 series motherboards, all of which support DDR5 memory and PCie 5.0 connectivity.

Later this year, Gigabyte will be releasing a full lineup of AM5 series motherboards. This lineup will include B650, X670 and X670E models. Sadly, none of Gigabyte's B650 motherboards were on display at Computex 2022. The images below come via Techpowerup, who managed to get a look at the Gigabyte's early AM5 motherboards at Computex.

In addition to this board's PCIe 5.0 M.2 slot, the X670 AORUS PRO AX also supports PCIe 4.0 connectivity though three additional M.2 slots. This motherboards also features two USB 3.2 Gen 2x2 (20Gbps) ports, with one coming from the case's rear I/O while the other is supported though a header for a case-mounted USB Type-C port.

This motherboard is expected to cost a little more than $300, and will support WIFI 6E and 2.5Gb Ethernet out of the box. 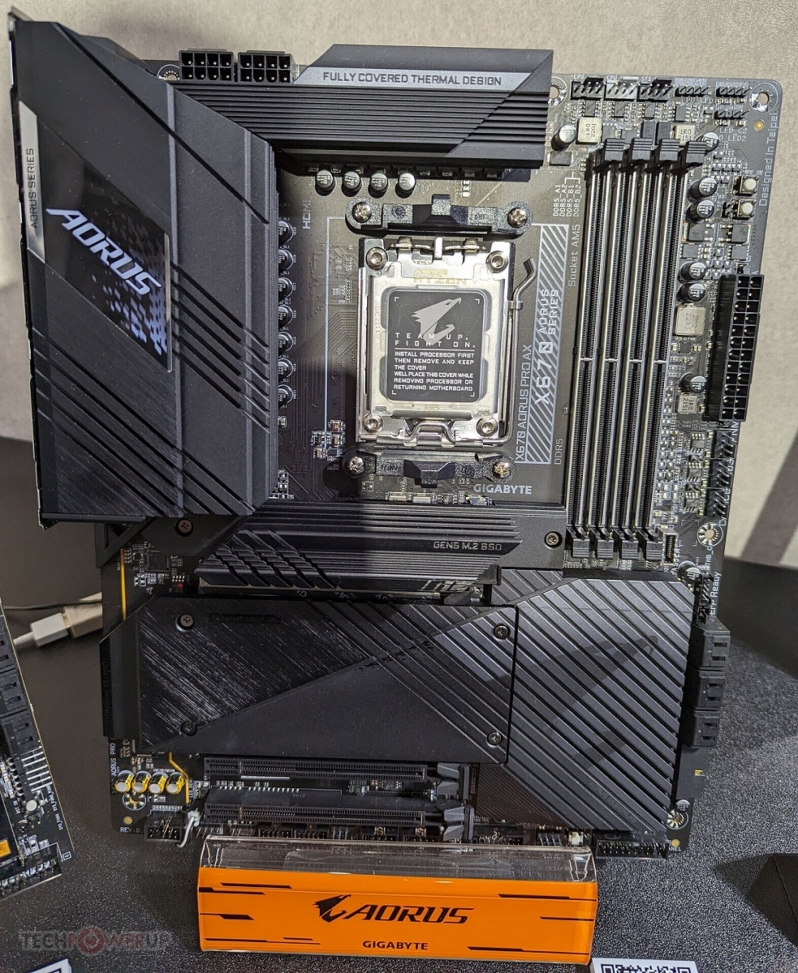 Next up we have the X670E Aero D, which features a PCIe 5.0 x16 slot, USB4 connectivity, a single PCIe 5.0 M.2 slot and three additional PCIe 4.0 M.2 slots. USB4 support is provided through an ASMedia ASM4242 USB4 host controller, allowing these ports to also support Thunderbolt 3 devices.

With this new motherboard, Gigabyte appears to be taking some inspiration from ASUS, adding a button to their X670E Aero D motherboard that allows users to unlatch their graphics card from this motherboard's primary PCIe slot. ASUS calls this feature Q-Latch, but Gigabyte likely has a different name for this feature. This motherboard is expected to retail for under $400. 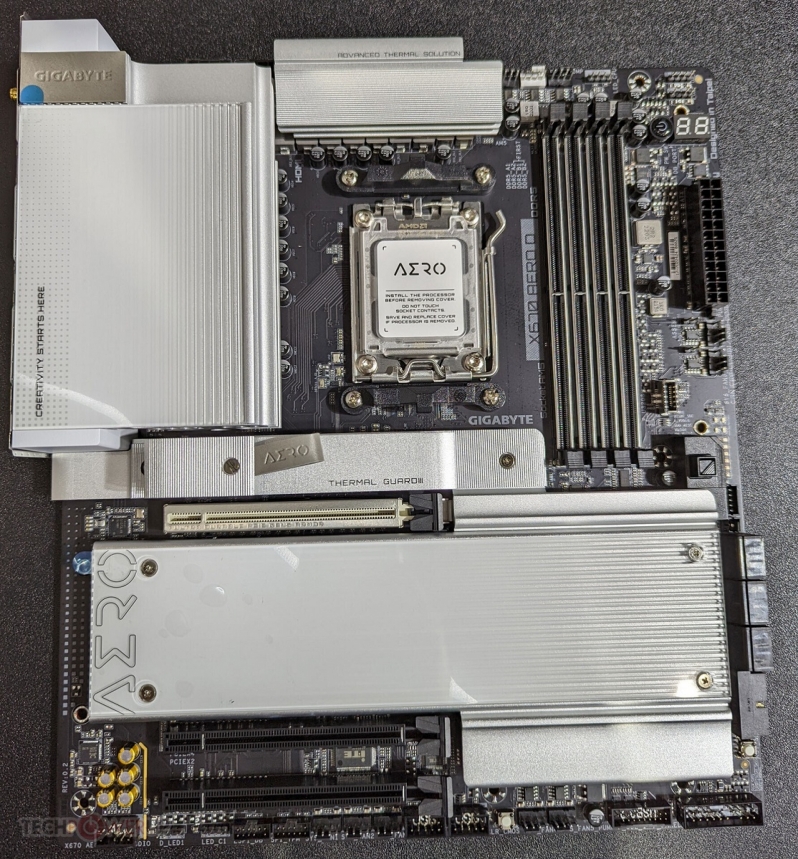 This motherboard is expected to ship for around $360. 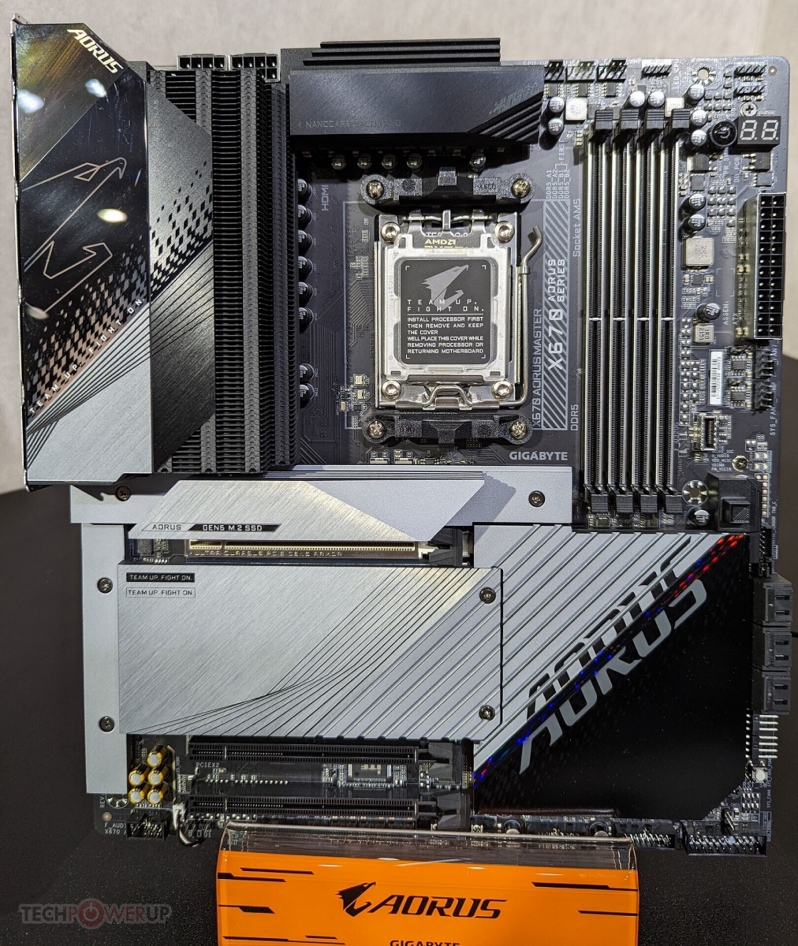 You can join the discussion on Gigabyte's X670 series motherboards on the OC3D Forums. 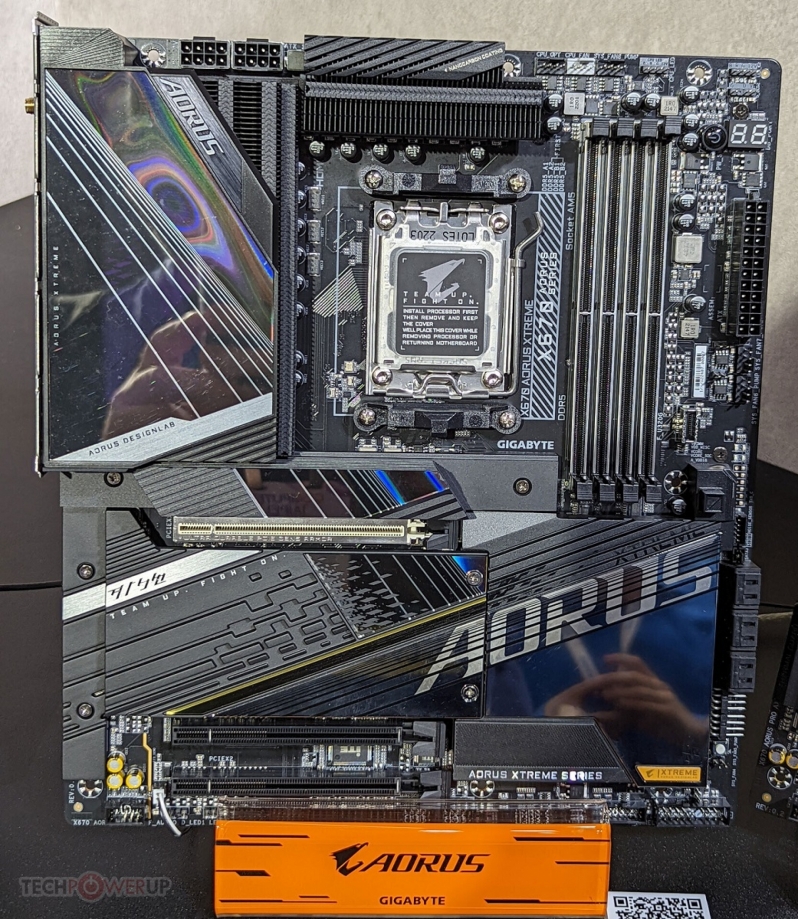