Gigabyte has revealed their first Ryzen mini ITX motherboard, the GA-AB350N Gaming WiFi, which comes with overclocking support through AMD's B350 chipset and includes WiFi support through the use of a 802.11ac WiFi card.
There is an M.2 module on the rear of the motherboard and four USB 3.0 ports on the rear IO alongside dual USB 3.0 ports. This board also features HDMI and DisplayPort outputs, which will be utilised whenever this motherboard it paired with an APU. 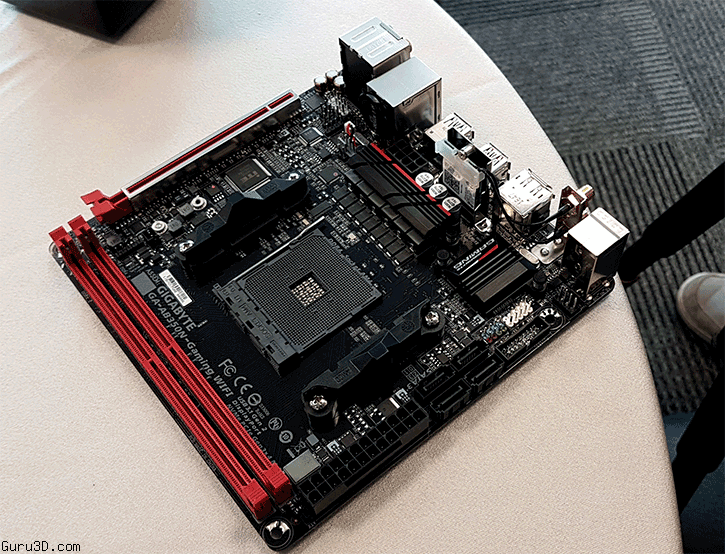 Gigabyte has not released the pricing or availability of this motherboard.

You can join the discussion on Gigabyte's first Ryzen MITX motherboard on the OC3D Forums.

I would bet that they will come with Ryzen 3 in H2. I'd like to see MSI and Asus do one each as well although they may wait until the X300 chipset arrivesQuote

NeverBackDown
Yeah I suspect Ryzen 3 will bring forth a lot of ITX boards as well. I can't switch to Ryzen until I get more itx optionsQuote

PaddieMayne
I don't think there is any ITX options available for sale in the UK as we speak is there?Quote

Avet
It has started.