This is what high-end Alder Lake motherboards look like

Rumour has it that Intel plans to launch its 12th Generation Core processors this November alongside their new LGA 1700 CPU socket and Z690 series of motherboards. These processors are also known as Alder Lake, the company's first mass-market hybrid x86 CPU architecture.

Thanks to REHWK, @hw-reveal on Twitter, a marketing image of Gigabyte's Z690 AORUS Master motherboard has leaked, a motherboard design that features PCIe 5.0 connectivity and DDR5 memory support.

Gigabyte's Aorus Master series sit amongst the company's highest-end motherboard designs. As such, this motherboard will be one of the best Alder Lake motherboards that Gigabyte has to offer. This board features dual 8-pin EPC/CPU power connectors, a reinforced PCIe 5.0 slot and space for what appears to be at least three M.2 slots.

The Z690 AORUS Master is an EATX motherboard design that features a tonne of connectivity options, appearing to support onboard WIFI, two additional PCIe x16 slots (alongside a single reinforced PCIe 5.0 x16 slot), six SATA ports, and a huge number of available USB ports. Sadly, the rear I/O of this motherboard is not clearly visible, but if the Z590 Aorus Master is anything to go by, the Z690 Aorus Master will support WIFI 6E, and 10Gb Ethernet. Thunderbolt 4 support is also a likely add-on for this motherboard. 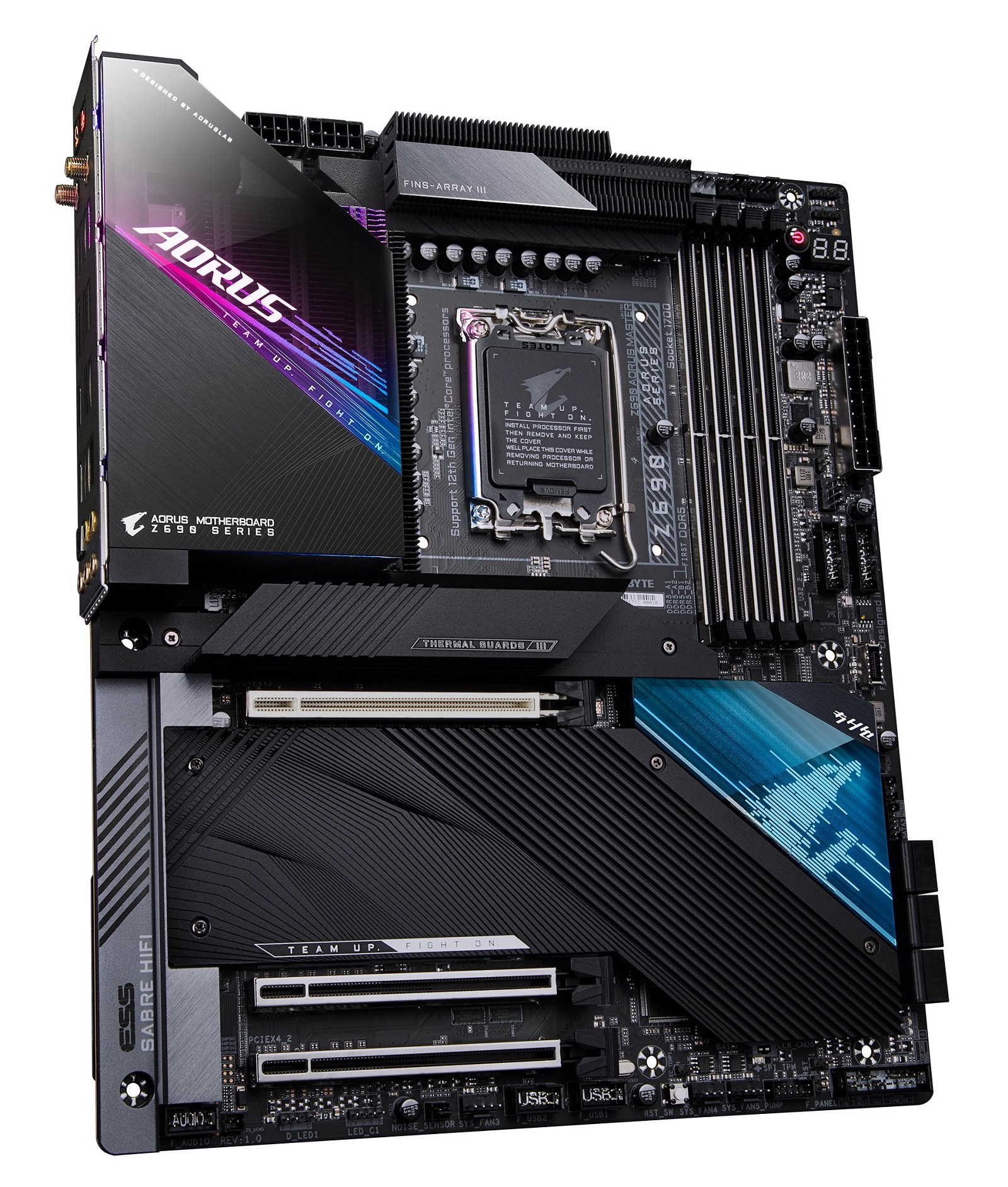 With Intel's Alder Lake CPU launch being less than a month away, it is likely that we will see more Z690 motherboard leaks in the near future.

What do you think of Gigabyte's Z690 AORUS Master motherboard? You can join the discussion on the OC3D Forums.

Actually I quite like this one. I think the smoked transparent plastic is a nice touch. Not sure I like the vertical USB3.1 connectors though. Harder to hide those if they are being used.Quote
Reply