The first Intel H370 motherboard has leaked online, the Gigabyte H370 AORUS Gaming 3 WiFi, a motherboard which offers most of the features of Z370 but without the support for overclocking.

This motherboard was leaked by HardwareLuxx, who has since removed the information from their website, but not before these images were posted elsewhere online. At this time the exact specifications and pricing of this board are unknown, aside from the features that can be seen visibly like dual M.2 SSD support (plus a shorter M.2 for a wireless card) and Gigabyte's AMP-up audio.

Visibly the H370 Aorus Gaming 3 WiFi has a very different look than its Z370 counterpart, with a different I/O Shield, VRM heatsink and RGB LEDs around the motherboard's DIMM slots. This mainboard should not be considered as a reworked H370 Gaming K3 or Ultra Gaming; this appears to be a new board design. 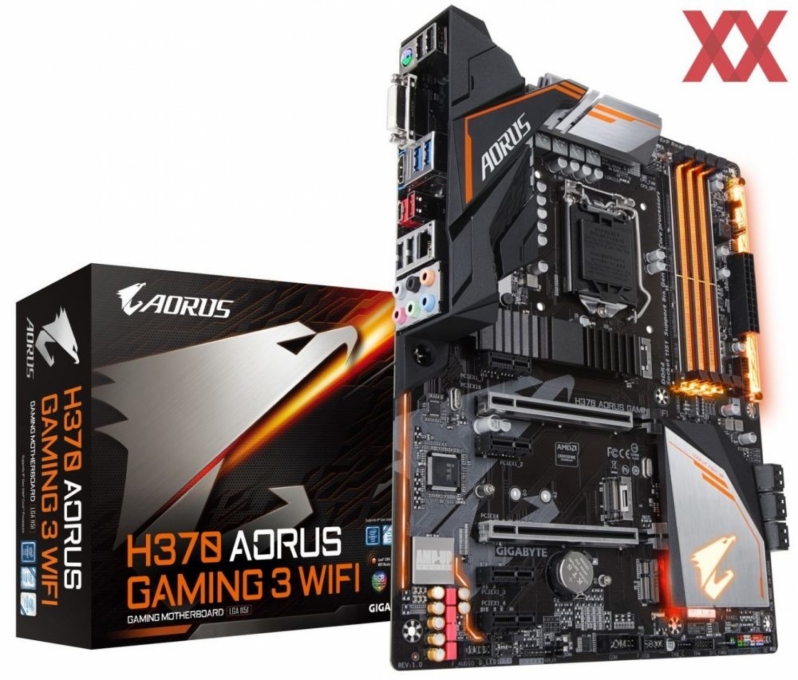 In the coming weeks, Intel is expected to officially launch several new 300-series chipsets, including B360, H310 and H370, with the delay likely being caused by the delay in the release of Intel's Spectre Microcode mitigations. It would be embarrassing for Intel to ship new products without these firmware mitigations in place.

You can join the discussion on Gigabyte's H370 Aorus Gaming 3 motherboard on the OC3D Forums.