A lot of questions still need to be answered about Intel's next-generation of processors and motherboards, one of which is the question of PCIe 4.0 capability, something which has remained as an AMD-only feature within the consumer market.

Earlier today, we were sent a link from Jason Proctor of the Modding Society Network Facebook page, which directed us to a Videocardz article which claims that Gigabyte's Z490 Aorus series motherboards will support PCIe 4.0, at least in a limited form.

The low-down is that Intel's Z490 series motherboards can be built with support for PCIe 4.0, but that the technology may not be supported by Intel's incoming 10th generation Comet Lake-S series processors. It looks like PCIe 4.0 support will be part of Intel's planned Rocket Lake series of processors, which could launch later this year or in early 2021.

If this is true, this will place Intel's Z490 platform in a strange position, offering Intel users functions which are unusable with the company's latest processors. More information about Intel's PCIe 4.0 support will be revealed at a later date, but as of now, Z490 looks like it is going to be a strange release. 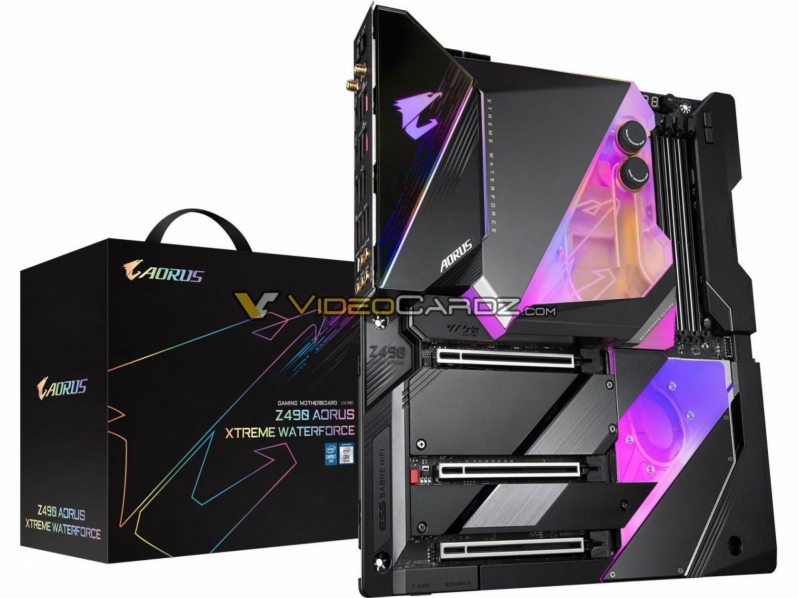 Intel's Z490 motherboards will bring advanced features like Thunderbolt 3 and 2.5Gb ethernet further into the mainstream, though as the chart below shows, these features will not be mandatory.

With Z490. support for 32GB DDR4 DRAM modules will be available across Gigabyte's entire motherboard lineup, which is great news for users who require insanely large memory configurations.

New to Gigabyte's motherboards lineup is a new series called the Z490 Vision, which is comprised of D and G models. 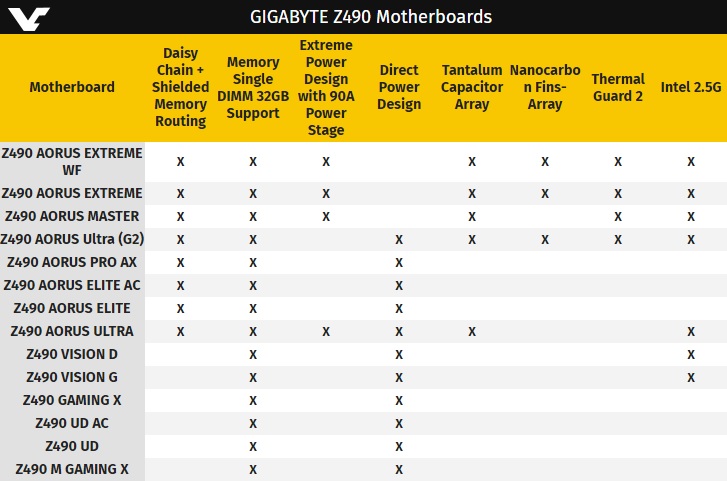 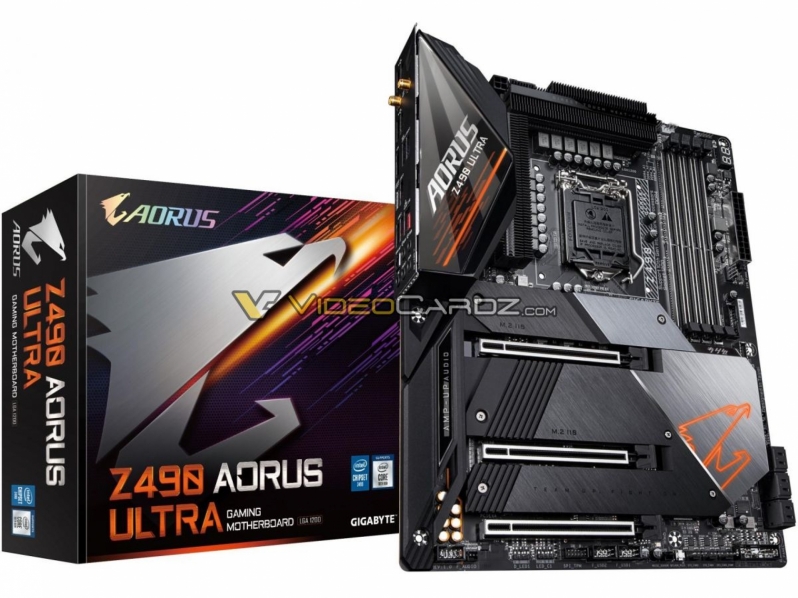 You can join the discussion on Gigabyte's Aorus series of Z490 motherboards supporting PCIe 4.0 on the OC3D Forums. 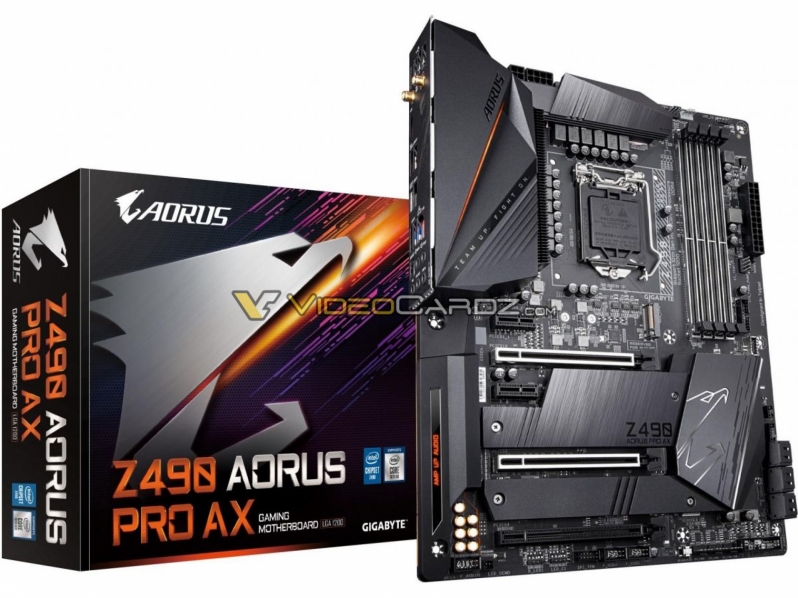 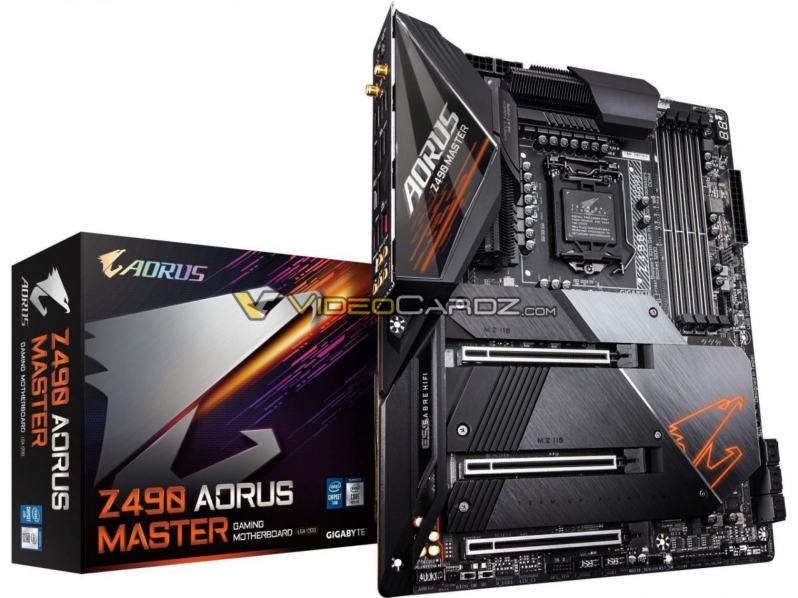 WYP
Quote:
For context, these phases are relatively new to the market. There's a reason why ASUS is the only motherboard maker, that I know of, that uses them on TRX40.Quote

g0ggles1994
Quote:
Aye, new or not that's still an insane amount of power. I can understand Threadripper needing that much but not on a consumer product.Quote

Warchild
That board does look good though :OQuote

AlienALX
Quote:
Aye, beautiful. I bet it costs some too