One feature that Gigabyte was keen to talk about is this board's support for their server-grade digital VRM design, with 3rd generations PowIRstage, allowing this motherboard to deliver power in an efficient and effective manner. Both the 8-pin and 4-pin CPU power connectors on this motherboard are also gold plated to ensure minimal loses to conductivity when powering this motherboard. We can also see that Gigabyte has opted for a large VRM heatsink design, which is great news for those who want to overclock their Threadripper-powered system. 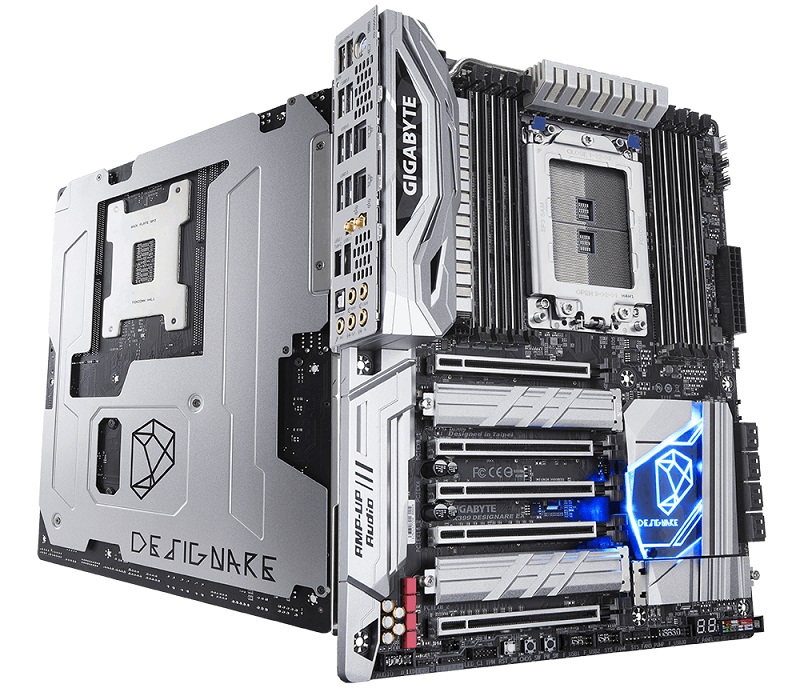 Sadly Gigabyte has not given us the final pricing of this new motherboard, though they are expected to arrive at retailers soon.

You can join the discussion on Gigabyte's X399 Designare EX motherboard on the OC3D Forums.

Dark NighT
I really want to see this in Tom's hands for a good look around, it looks pretty awesome.Quote

Daiyus
I really like that design. Would go great in a more industrial styled system; imagine getting some waterblocks with steel braided hoses on it...Quote

Peace Đ
The VRM heatsinks look rather small to me tbhQuote

Dark NighT
It does have a heatpipe going of to the side into a much bigger heatsink.Quote
Reply