AMD has already confirmed that new Ryzen Threadripper processors are coming, but so far they have revealed shockingly little about the platform that they'll use to power it.

For months now there have been rumours of a new TRX40 motherboard platform, which will ship with PCIe 4.0 support and support for 3rd Generation Ryzen Threadripper processors, but at this time AMD has not given so much as a hint of the platform's existence.

Gigabyte's documentation (Links 1,2) act as confirmation that TRX40 will be the name of AMD's upcoming Threadripper motherboard platform. Hopefully, we will find out more about TRX40 in the coming weeks. 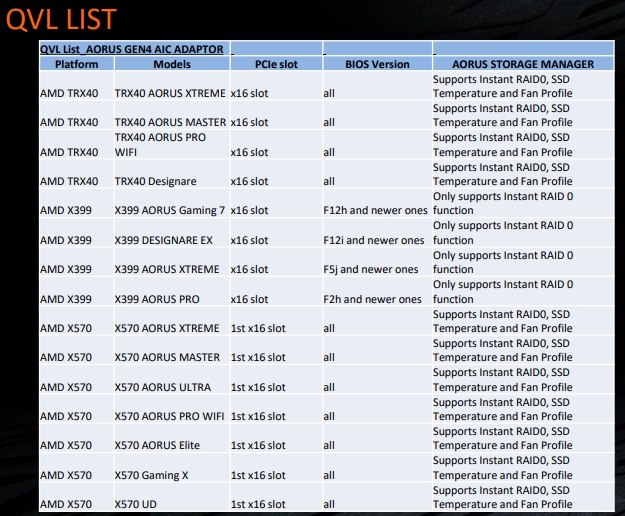 You can join the discussion on Gigabyte leaking its own TRX40 motherboards on the OC3D Forums.