Galax showcases their first AM4 motherboard

Galax is backing AMD with their X570M mainboard

- Update - We have been made aware of several recent motherboard offerings from Galax, none of which are shown on the official Galax (Western) or KFA2 websites. Galax's motherboards appear to only be available in China. More details are available here. Thank you @momomo_us for pointing out this mistake.

What's most interesting about this is that Galax is showing interest in AMD, not Intel, revealing an AM4 motherboard which utilises AMD's X570 chipset. Little is known about the motherboard below, aside from its use of the MATX form factor and relatively few power phases. This isn't a super high-end product, but it could be the start of a larger Galax motherboard lineup.

Galax already produces graphics cards, DDR4 memory modules, SSDs and a small range of gaming accessories. Motherboards could be the company's next step forward, but given the fate of the company's last motherboard reveal, we won't bet on this motherboard hitting retail, at least in the US or EU. That said, with Galax being one of the first companies to create a PCIe 4.0 SSD, it makes sense for the company to back AMD over Intel in the motherboard space; why build a motherboard that can't support your fastest SSD? 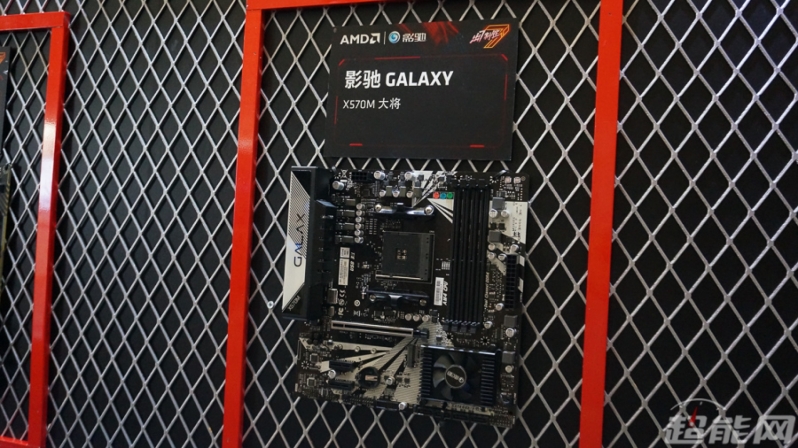 You can join the discussion on Galax showcasing an AM4 X570 motherboard at Chinajoy on the OC3D Forums.

RobM
That VRM looks rather sparse for a 570Quote

please take it away.

Nice to see another playa tho.Quote