AMD's Threadripper series of CPUs are amongst the most powerful on the market today, offering up to 16 cores, 32 threads at clock speeds that can boost as high as 4.2GHz.
With this level of performance, we can see exactly why AMD's Threadripper platform has revolutionised the high-end desktop market, though with it has come the need for some super high-end motherboards and cooling solutions to keep such a powerful system quiet under load, pushing many users towards water cooling.
EK has released their first TR4/X399 series monoblock, which is designed to cool both the CPU and MOSFETs of a Threadripper CPU and any of ASUS' existing X399 motherboards, whether it be the company's Prime X399-A, ROG Strix X399-E Gaming or their top tier ROG Zenith Extreme. This will allow this new water block design to suit the needs of a wide user base, which is exceptionally useful for a niche product like this.

This monoblock will be made out of nickel-plated copper and will come with an acrylic glass top, which is illuminated by a digital RGB LED strip, which can be controlled using ASUS' Aura Sync software. 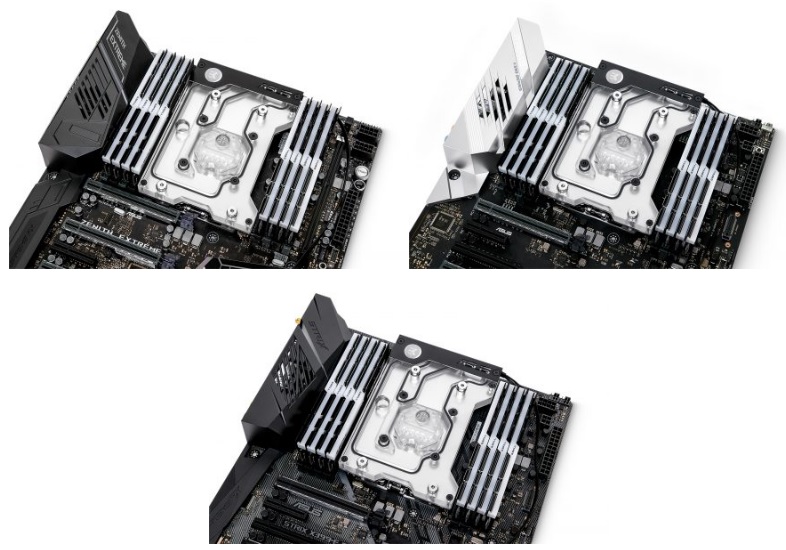 This monoblock is now available to pre-order on EK's web store, with a price of €119.95 in the EU and shipping that starts on November 2nd.

You can join the discussion on EK's X399 monoblock for ASUS motherboards on the OC3D Forums.