Ryzen in an all-new CPU architecture and as such the architecture does have room for improvement. Over the past few weeks, AMD has proven that Ryzen can perform and has shown a clear commitment to improving their performance further through software optimisations and frequent BIOS/UEFI updates.
One of AMD's most recent claims is that they would be releasing a new AGESA code update in early April, and now several motherboards now sport this upgraded software, which promises to fix bugs and even improve CPU performance. So let's have a look as see if this code update delivers. 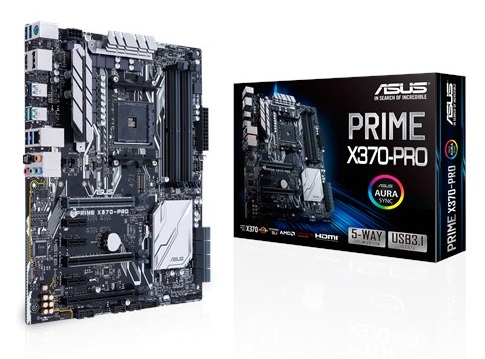 AMD's Generic Encapsulated Software Architecture (AGESA), is a protocol that is used on AMD64 mainboards to initialise the system. This software is responsible for the initialization of CPU cores, memory and HyperTransport controllers, which should mean that this new microcode will improve things like DDR4 memory support and fix some minor CPU issues.
AGESA update 1.0.0.4 promises to fix several bugs with Ryzen, with the following being AMD's promised changes.

We quickly checked to see if the "overclock sleep bug" was still in effect, which it wasn't, already showing some clear improvement, though the biggest claim was that AMD would be working to decrease memory latency.

To test memory latency we used AIDA 64's dedicated memory testing suite, which showed a latency improvement that is close to AMD's promised 6ns, which will have an impact on certain workloads. We have heard reports that this latency improvement is larger for higher speed memory, though at this time we have not been able to validate this claim. 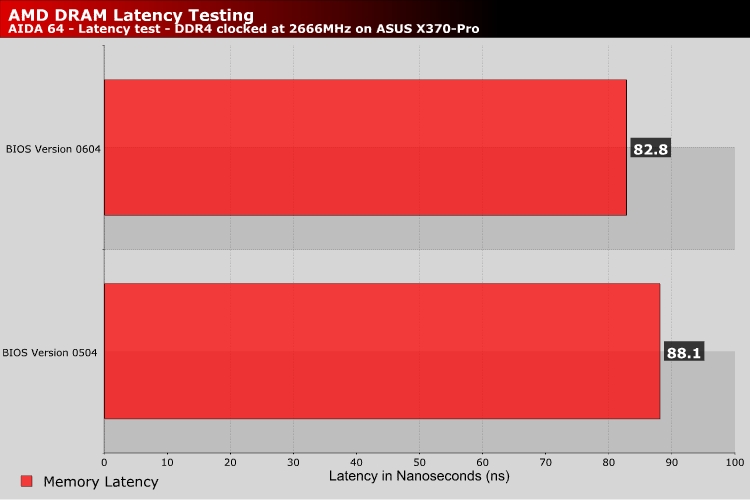 Testing this motherboard with a wider range of memory kits, we found that we were able to boot our system with a larger variety of kits than we did at launch, though at this time it is hard to know whether ASUS' BIOS updates or AMD's AGESA code updates are responsible for this change. Perhaps it is a combination of both that have caused this improvement.

We would still advise Ryzen buyers to check your motherboard's QVL list for compatible memory, which should be updated frequently to showcase support for the newest memory kits.

Moving onto more general memory bandwidth testing we can see that this update has not been able to get any additional performance out of our 2666MHz memory, though the 6nm decrease in latency is a big decrease in itself. This is a 6% decrease in memory latency, which is a huge change for a simple BIOS update. 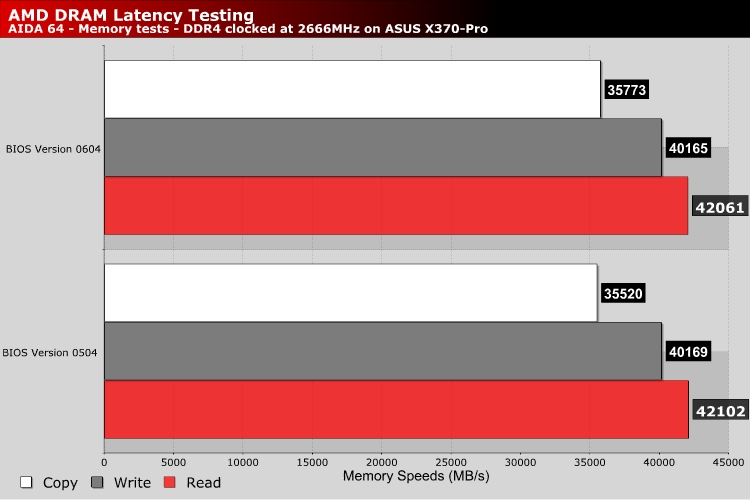 While a 6ns decrease in memory latency may not seem like a big deal to some, it is certainly an improvement that will make AMD's Ryzen architecture more competitive and a clear sign that AMD is not finished optimising Ryzen, with plans to issue more performance improving AGESA updates in the future.

In May AMD plans to issue a new update that will focus on memory overclocking, which is something that will certainly interest a lot of Ryzen users.

With Ryzen, AMD has not simply launched and forgotten about their product, with the company planning frequent updates to both hardware and software to improve their CPU performance across a wide range of applications.

AMD has already told us that they have shipped over 300 developer systems since launch and plan to deliver over 1000 by the end of 2017, clearly planning to get developers to optimise their products for Ryzen and create stronger ties to the software development industry.

It is clear that AMD wants to make Ryzen into an even better product, taking all criticisms seriously and fixing any problems as they are brought to light. Let's hope that AMD continues down this path, as it will certainly benefit both consumers and the company as a whole.

Please check your motherboard manufacturer's website to see if they have a new BIOS with AGESA update 1.0.0.4.

You can join the discussion on AMD's AGESA code update 1.0.0.4 on the OC3D Forums.

Scramz
Seems to have helped my latency down to 74.5

NeverBackDown
Yep. It reduced it by 6ns. Would be amazing if they can get it down further too!Quote

Dicehunter
Flashed the bios with the new update and now my 1800X will go no higher than it's base 3.60GHz clock in Windows.

Windows will just not register anything higher even though the bios registers the 4GHz OC.

MSI really need to properly test these updates before they put them out.Quote

BigDaddyKong
Still waiting on it. It's officially not released for the CH6.Quote

witselx9
I recently updated my BIOS firmware with AGESA 1.0.0.4 update and as far as I've used there is no significant upgrade. Also, the Ryzen Master still requires the High-Precision Event Timer (it stats it would no longer be required) which was supposed to be dropped.