The world famous Overclocker Der8auer has de-lidded one of AMD's new Ryzen 5 2600 CPUs in a recent video, proving that AMD's latest processors are soldered, and the thermal benefit that can be achieved by delidding is minimal.

The soldered nature of AMD's Ryzen 2nd Generation Zen+ (Pinnacle Ridge) CPUs offers what most consider to be optimal thermal performance, which means that these processors should not be delidded by end users who desire to lower their CPU's load temperatures. der8auer himself concluded that Zen+ delidding is too risky for most consumers to consider, as soldered CPUs can be easily damaged, and that the potential thermal benefits of delidding are minimal.

To delid his Ryzen 5 2600, de8auer used a customised version f his Delid-Die-Mate 2, which he heated to a temperature of around 170-180 degrees Celsius to allow the CPU's indium layer (which connects the CPU die to the IHS) to melt, making the delidding process possible without tearing the CPU die apart.

After removing the processor's indium residue and replacing the CPU's solder with a liquid metal thermal interface material (TIM), der8auer found that he could achieve maximum temperatures that were 4 degrees lower than a stock processor while running Cinebench R15 at 4.1GHz at 1.35V when using an NZXT Kraken X62 CPU cooler.

While the thermal conductivity of AMD's stock indium solder is higher than der8auer's liquid metal TIM, lower temperatures were possible as the liquid metal provided a thinner layer, which allows heat to be removed from the processor faster. Even so, a 4-degree difference is not enough to make such a risky delidding process worthwhile.

Another important discovery that der8auer made during his delidding process is that AMD's 12nm Pinnacle Ridge (Zen+) die size is identical to the die size of AMD's last-generation 14nm Summit Ridge processors.

In technical terms, 12nm should have allowed AMD to make their Pinnacle Ridge CPU dies smaller, though it appears as if AMD has focused on refining their Zen design using 12nm instead of building the entire chip from the ground up on the new process. A side effect of this is the identical die sizes of AMD's Zen and Zen+ processors, though it does create additional unused space within Zen+, which reduced heat concentration within the product and lowers AMD's overall R&D costs. 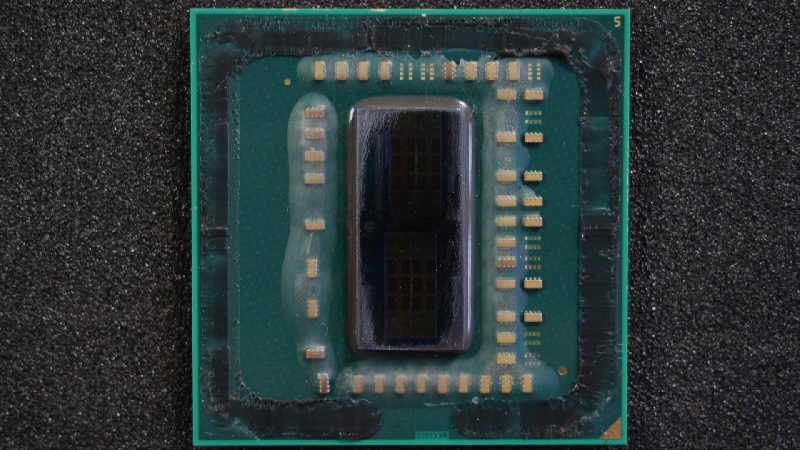 (Summit Ridge die on top of a Pinnacle Ridge processor, Image from der8auer)

To summarise, yes, AMD's Ryzen 2nd Generation Pinnacle Ridge processors can be delidded, but that doesn't mean that you should. The risk of damaging your processor is high, and the potential thermal benefits are minimal, making the process not worthwhile for almost all consumers.

You can join the discussion on der8auer's successful delid of AMD's Zen+ Ryzen CPUs on the OC3D Forums.