Clock speeds are lower than Kaby Lake, but will they overclock just as well?

At the time of writing Intel are rumoured to be releasing their next-generation mainstream series of CPUs within the next few months under the codename "Coffee Lake", offering up to 6 cores in a desktop-grade platform and without some of the features of Intel's new X299 CPUs (like AVX-512 support).
A report from CPCHardware has leaked some new information about Intel's upcoming Coffee Lake series CPUs, including clock speeds TDPs and core counts for both i7 and i5 series CPUs.
In the high-end Intel will be releasing an i7 8700K CPU, though the name of this product could be changed before launch. This CPU will feature six cores with a base clock of 3.7GHz and Hyper-Threading for 12 total threads. This chip is said to have 12MB of L3 cache and a TDP of 95W. A lower end variant, the i7 8700 is also said to come with a 3.2GHz base clock, which is a huge drop when compared to its K-series variant.
One of the most interesting pieces of information in this report is the existence of a 6-core i5 series CPU, which is set to come with the i5 8600K name and lack Hyper-Threading and come with only 9MB of L3 Cache while maintaining the same 95W TDP. This CPU is said to release with a base clock speed of 3.6GHz and with an unknown boost clock. It also looks like there will be a lower clocked i5 8600 model which will feature a base clock of 2.8GHz, which again is a huge drop when compared to the similarly named K-series model.

When compared to Kaby Lake these new CPUs will offer lower clock speeds and that is thought to be similar performance per clock, which means that these new CPUs should deliver less single-threaded performance. Even so, these CPUs should easily be able to outperform their last-generation counterparts when their higher core counts come into play. 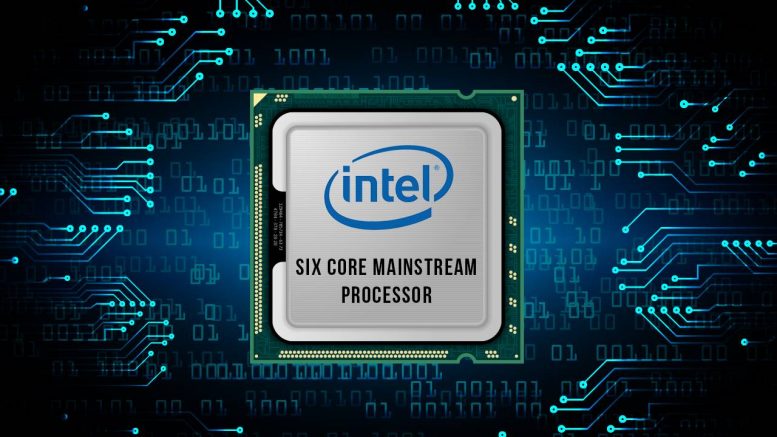 One important aspect of Intel's new Coffee Lake CPUs will be their core-to-core interconnection method, as their new Mesh architecture (that is used in Skylake-X) can sometimes limit performance in gaming applications. Will Intel be using a traditional ring bus architecture like their desktop Kaby Lake parts?

Right now, we expect Intel to keep using their Rung Bus architecture with this release, as Mesh is primarily designed for CPUs with higher core counts, specifically for their high core count Xeon CPUs. At this time the move to Mesh is not required for mainstream CPUs, especially given the new architecture's latency at lower core counts.

You can join the discussion on Intel's upcoming Coffee Lake CPUs on the OC3D Forums.

If they launch at these clocks anno 2017 it's embarrassing. I know base doesn't matter to us overclockers but still. All I want is a decent and at least 4.5-4.6GHz boost clock to lazily enable all core turbo in the BIOS and maybe only fiddle with lowering the voltage.

Additionally, CFL will use a ring bus as it's a continuation of KBL and not a grand new design AFAIK. Hopefully this is true and we'll also get a the normal cache divisions as we already know = good for gaming

WYP
Quote:
While there were a few results from one a while back this data is much more comprehensive, with data on cache sizes, clocks and TDP information.

It will be interesting to see what kind of performance trade offs there are with Coffee Lake. Will Coffee Lake use a Ring Bus or a Mesh architecture? What will pricing be like between i5/i7 4/6 core CPU models? Looking forward to that launch whenever it happens.Quote

These cache sizes were also in my posts from the leaks. The entire article from your source is directly and entirely derived from those same leaks. However, this is unimportant. I came in here hoping for more and newer leaks. Craving for more

I wonder why the 4.2GHz 6C/12T part wasn't mentioned in neither your source's or your article? I could live with those out of the box clocks and OC myself, with the above mentioned laziness be damned ha ha!Quote

WYP
Quote:
Yeah, I agree with you there. Most of this information is already out there from various leaks, that is the thing with releases like this. Love seeing your enthusiasm on the Quick News thread, are you looking to upgrade to Coffee Lake yourself?

I could post an article about every small leak, but a lot of these things are best suited to a wider roundup every once in a while unless a new leak offers transformative amounts of information. Then there is the problem of whether or not any specs are read wrong by benchmarking programs, which is common.

TLDR, Mesh is not suitable for the mainstream, Ring bus is faster until it scales to colossal core counts.Quote

TheF34RChannel
Quote:
Absolutely, every small leak isn't worth its own news story and the occasional round up makes more sense. If you're looking to incorporate the 4.20GHz screenshot let me know and I'll look it up for you as these things tend to get lost among posts. While realising that such software can read specs incorrectly on unreleased hardware, there's no doubt in my mind the HT 6C will at least release with those frequencies.

Indeed, the mesh architecture was a much needed change in the server department for the high core count Xeon parts, and simultaneously it left X299 in an awkward place - at least for those who game on it as well - further indicating that HEDT is really becoming a full blown workstation segment member.

Yes I will upgrade to Coffee Lake-S 6/12 now that X299 makes no sense for my needs. Mostly I want to get HT back (the 6700K was way overpriced for months here in the Netherlands and thus too expensive for me when I built this system), and having two more cores appeals to me as well for those couple of game titles that are coded to use them. Ideally my plan is loosely this: Coffee Lake-S 6/12 > Tiger Lake-S 8/16 (just because) > Sapphire Rapid-S (if this is the new revolutionary design that brings actual benefits for my usage, and not least, if SHR won't be server only. If it is then replace the name with whatever comes directly after TGL-S or the optimization that comes after that).

Normally only GPUs get my blood pumping faster but recently CPUs started to excite me as well, being on the prowl and all. And I like the Quick News thread a lot, nice place for quick tech update snippets.Quote
Reply