We all know that AMD's next-generation CPUs and motherboards will be showcased at Computex. AMD has been hinting it, motherboard makers have been teasing it and Ryzen 3rd Generation's mid-2019 release window makes Computex 2019 the perfect venue for a paper launch, or at a minimum a prime location for some hardware showcases.

Biostar has revealed their X570 Racing GT8 motherboard ahead of Computex, listing PCIe 4.0 capabilities within its specifications, DDR4 memory support up to 4,000MHz and a 12-phase VRM design that draws power from an 8+4 power configuration. An image of Biostar's X570 Racing GT8 is available below. 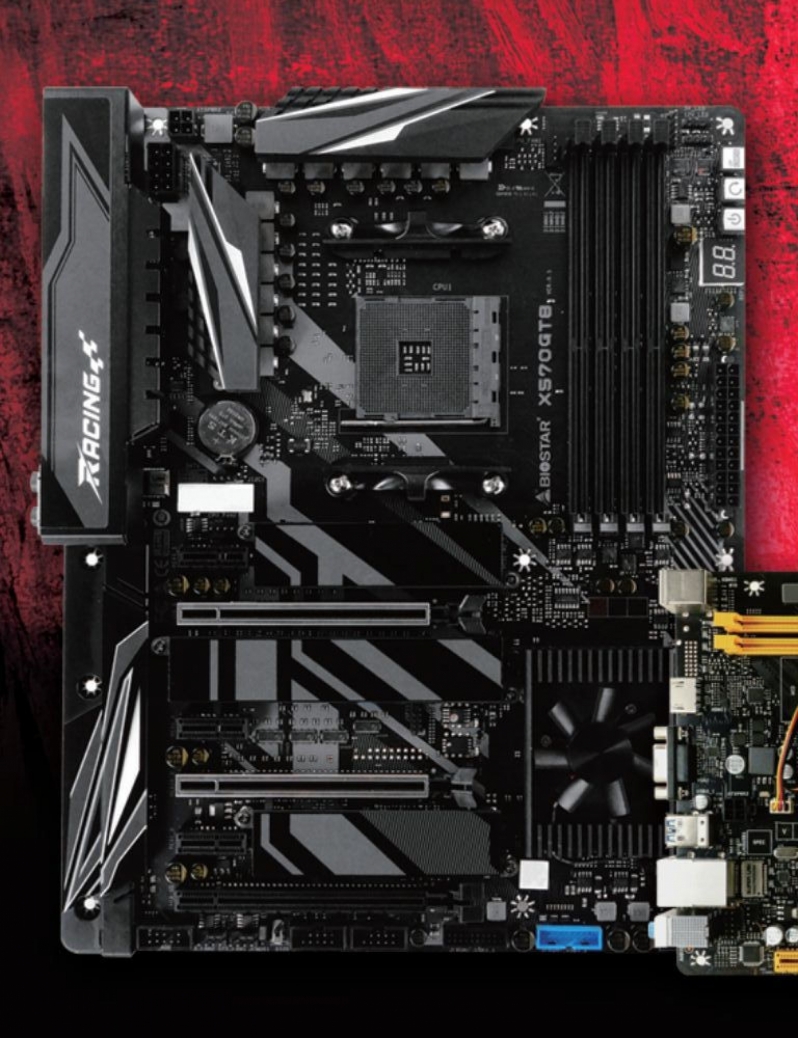 Biostar's specifications sheet states that the X570GT8 offers three M.2 slots, each of which is said to support PCIe 4.0. Strangely, these ports are also listed with 32Gb/s capabilities, which is the same speeds that are offered by PCIe 3.0 x4 configurations. This is a strange conflict, as M.2 slots with PCIe 4.0 x4 configurations should offer 64Gb/s transfer rates.

The motherboard also features active cooling on its chipset heatsink, suggesting that the chipset may produce more heat than AMD's X470 equivalent. This X570GT8 also features three PCIe x16 lanes in a 16x, 8x, 4x (shared with chipset) configuration. These PCIe lanes are not explicitly listed as PCIe 4.0, though PCIe 4.0 support is likely. 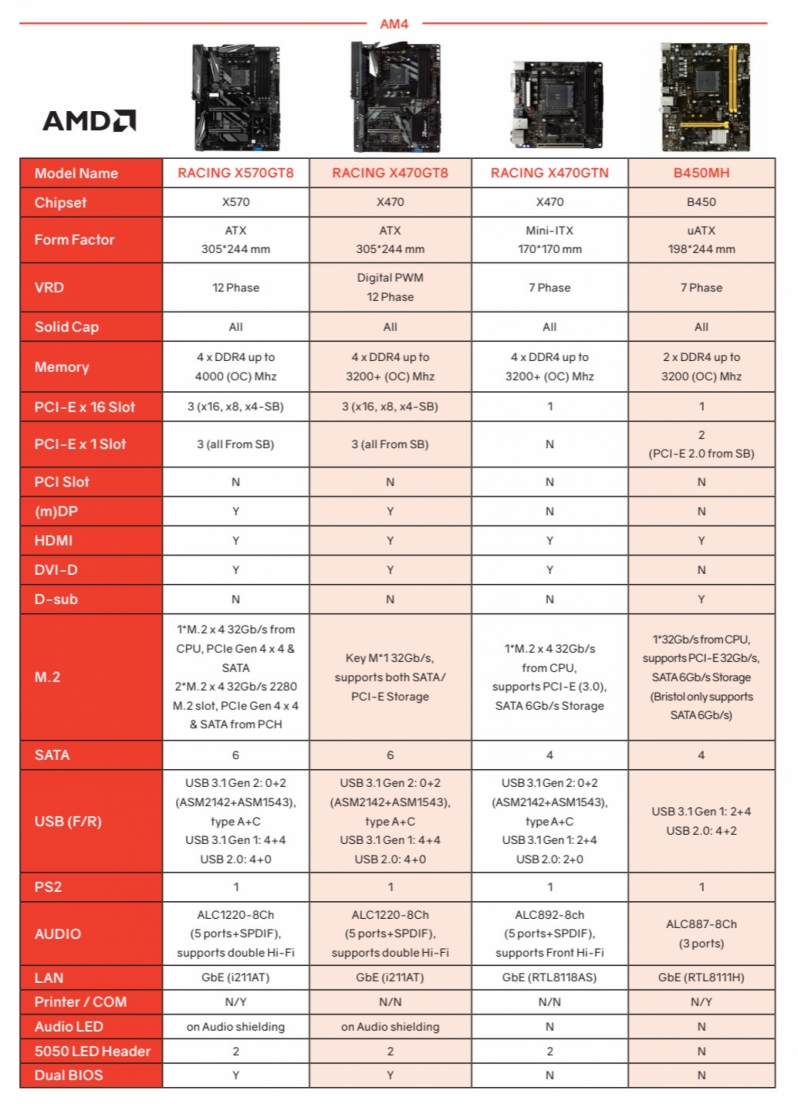 You can join the discussion on Biostar's X570 Racing GT8 motherboard on the OC3D Forums.

demonking
Have you guys contact Biostar to see if you can get any of these in? it'd be interesting to see how these compare to the more expensive boards.
Hope this is real 12 phase or the old 1+1 phases labelled as 2. Vdroop was apparently not great on the last gen.Quote
Reply