In their latest set of Computex teasers, Biostar has confirmed that we will see next-generation Ryzen processors at Computex 2019 alongside 4th generation Racing series motherboards. To date, this the most explicit mention of AMD's next-generation platform, though AMD's Zen 2 Ryzen platform was always expected to make its debut at the event.

While not mentioned directly, AMD's next-generation motherboards are likely to release in the form of their AM4-based X570 platform, which will ship with an updated chipset, optimised component layouts and new features. PCIe 4.0 support is expected on X570, which will be a first for the PC market.

AMD's Zen 2 Ryzen processor designed will bring chiplets to the company's mainstream CPU platform, offering up to 16 cores per socket. This assumption comes from the knowledge that AMD's Zen 2 Ryzen CPU package is known to have enough space for two 8-core 7nm CPU dies. 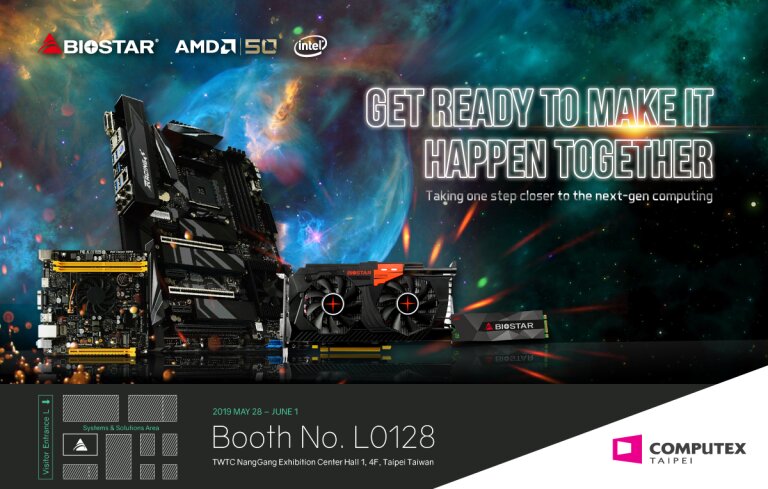 You can join the discussion on Biostar's hints at Next-Generation AMD Ryzen CPUs on the OC3D Forums.