ASUS updates their AM4 lineup with Ryzen 2000 series support

ASUS updates their AM4 lineup with Ryzen 2000 series support

ASUS has released a range of new BIOS updates for their AM4 motherboard lineup, delivering new AGESA updates and other changes to add support for AMD's new Ryzen 2000 series CPU with Radeon Vega graphics.

These new BIOS files are now available on the ASUS website, upgrading what appears to be the company's entire AM4 series of motherboards. All of these BIOS files can be updated using EZ FLASH 3, ASUS' in-BIOS flashing utility, though BIOS Flashback is also supported on applicable motherboards. 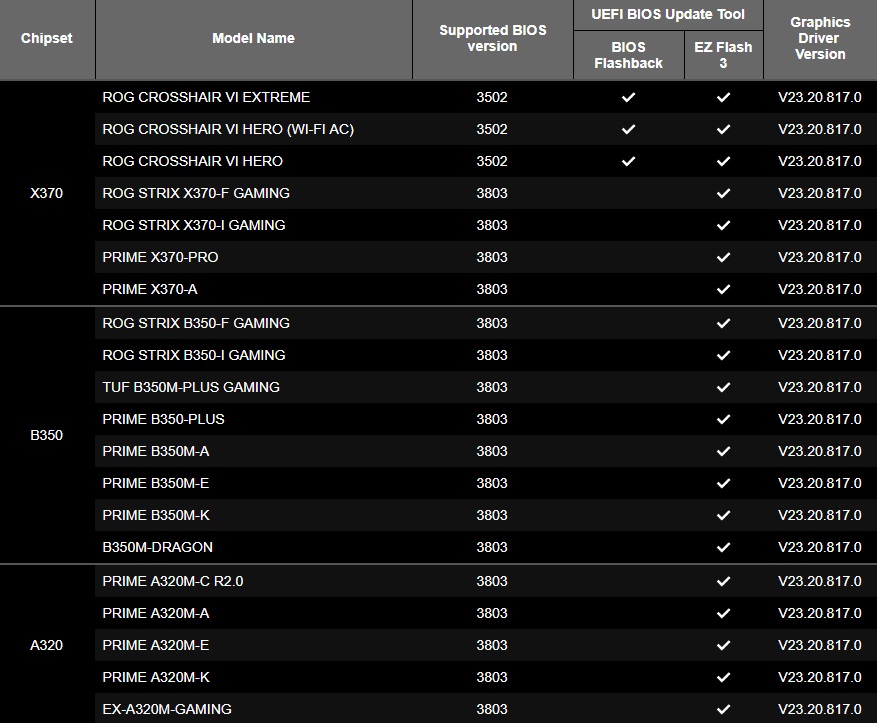 Instruction on how to update your ASUS BIOS are available to read here.

You can join the discussion on ASUS' Raven Ridge updates for their AM4 motherboard lineup on the OC3D Forums.