ASUS are making some big claims about their #nextgenmotherboard designs

Not only are ASUS promising to deliver peak performance levels of 5+GHz on all cores, but the company also plans to deliver memory speeds that can exceed 4266MHz, even when all four DIMM slots are occupied.

Judging from the image below, these boasts from ASUS/ROG are about future LGA 1151 motherboard designs, with recent rumours suggesting that Intel plans to release 8-core Coffee Lake processors and a new Z390 chipset. With the release of this new motherboard chipset, we can expect to see a new range of ASUS ROG motherboards, replacing their Z370 counterparts.

On top of these new performance claims, ASUS has already stated that they plan to "double down" on DDR4 memory, offering support for new double capacity DDR4 memory DIMMs, which allow 32GB DDR4 memory DIMMs to be created. This will allow systems to be built with 128GB of DRAM over four DIMM slots. 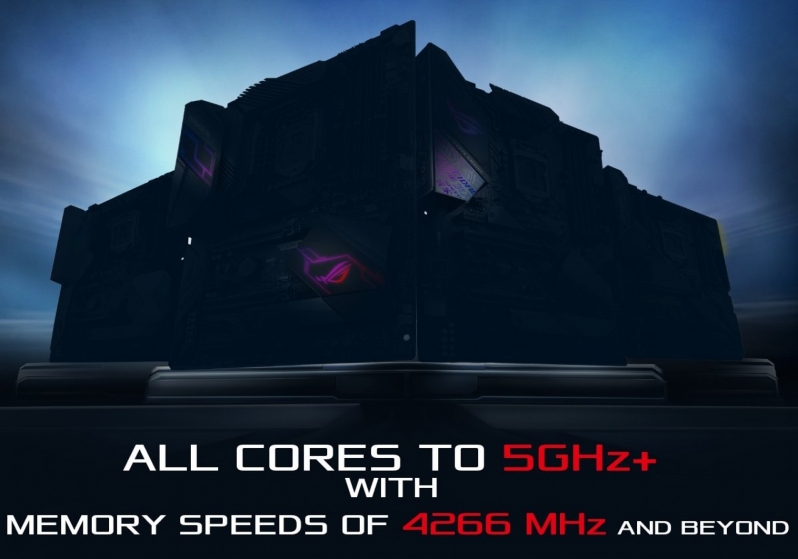 Intel is currently expected to release their new Z390 chipset sometime this month, alongside new 9000 series processors. Expect to hear more about these new products soon.

You can join the discussion on ASUS' lofty motherboard performance claims on the OC3D Forums.