How high spec can a monitor get?

With the recent announcement that Acer's 4K HDR10 144Hz G-Sync display was delayed until 2018, the thoughts of many went straight to ASUS and whether or not their ROG Swift equivalent would receive a similar delay.
We have now heard that ASUS still plans on releasing their ROG Swift PG27UQ G-Sync HDR by the end of 2017, though the company has confirmed no official release date.

Nvidia has announced that G-Sync HDR technology will provide users with HDR10 compatibility with support for the PCI-P3 colour space and a peak brightness of 1,000rd/m^2. This colour space is 25% wider than sRGB and uses a Quantum Dot Enhancement Film (QDEF) to create deep saturated reds and greens out of blue light, which allows this display to offer more realistic colour representation and more accurate images.

The ROG PG27UQ will feature dynamically controlled across 384 zones, to enable ultra-high contrast and richer, more natural-looking dark scenes. This feature is known as local-dimming and this is a very high-end implementation of the feature.

ASUS has confirmed that the ROG Swift PG27UQ will use DisplayPort 1.4 to offer Ultra-high resolutions, HDR compatibility and support for 144Hz refresh rates, making this display easily the most impressive consumer monitor that we have ever seen. 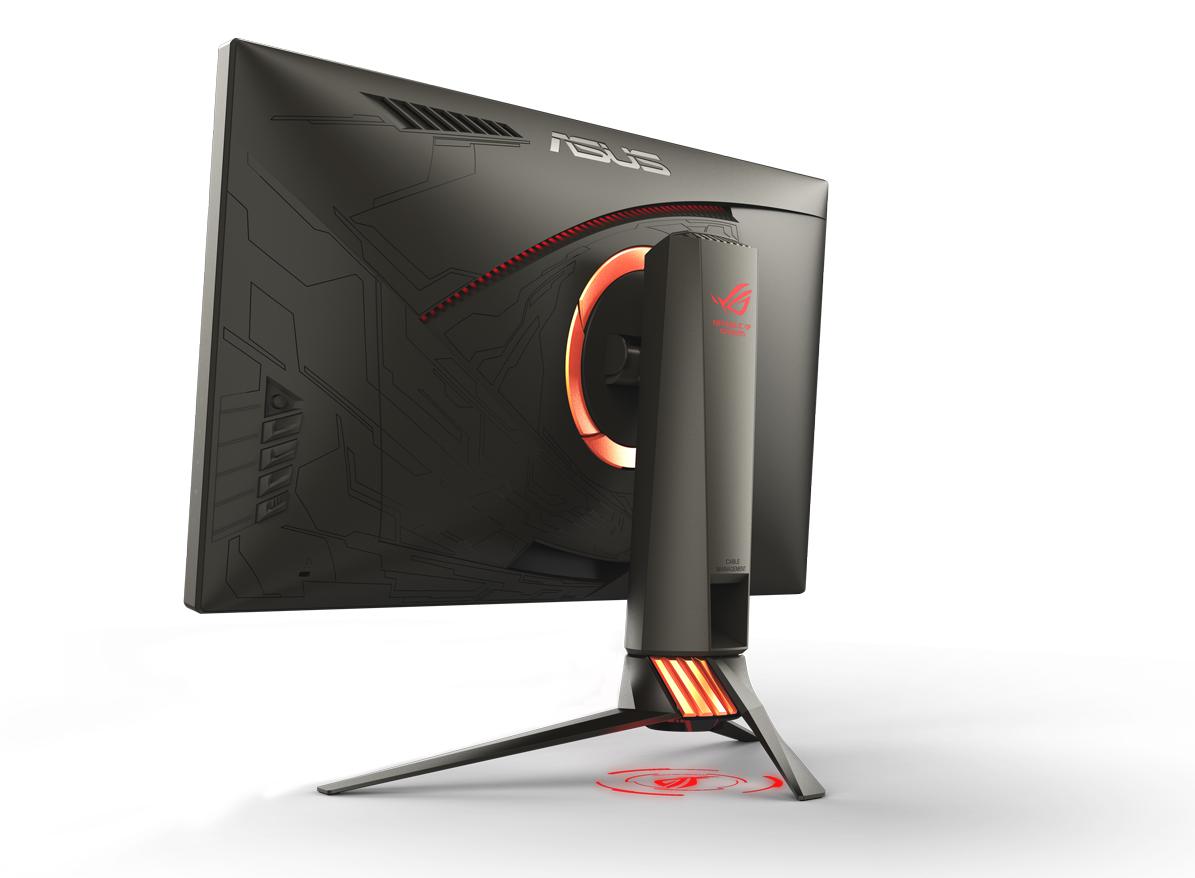 This display has dual HDMI 1.4 ports and one HDMI 2.0 port for 4K content playback, with this display supporting VESA mounts for easy mounting to monitor arms and other display mounting solutions.

Nvidia's G-Sync HDR technology also promises to deliver HDR images without adding additional latency to the panel, unlike many existing HDR solutions that are found in modern televisions (which can add 15-40ms of latency). This will make HDR gaming content much more playable and suitable for online/competitive gaming.

At this time ASUS has not revealed this display's official pricing and release date.

You can join the discussion on ASUS' 4K G-Sync HDR ROG Swift PG27UQ monitor on the OC3D Forums.

MacLeod
It's cool and all but I just don't think 4K is worth it for a 27" screen. That said, that is one sexy chassis though. Might be worth it just for that!Quote

Bartacus
Quote:
How many times do we have to repeat this before Asus / Acer actually LISTEN. 27" is retarded for 4K!Quote

AlienALX
Native 4k on a 28" was impossible. Things like Photoshop do not scale at all so they were unusable. Which really sucked hairy balls tbh. The writing was so small I would have to sit in my chair and propel my body up to the part with the edit/ etc on so I could read it. And even then I had to squint LF and give myself a neck ache.

It's OK for gaming of course (some of the text or subtitles was hard to read if the game didn't scale it, mind) but yeah, not ideal.Quote

Avet
I still don't get this craze with 4K. Unless you are professional photo/video editor you don't need 4K. Unless you want to play WoW, LoL, DotA2, CS:GO or similar in 4K. But then you would want higher FPS which you can't get on 4K. There is no single GPU that can run new games in 4K on 60 FPS, and SLI scales pathetic at best. There are 2 IPS 1440p monitors with 144Hz and they are expensive as hell, and those are the ones most people want.Quote
Reply