The original ROG Strix TRX40-E motherboard was said to utilise sixteen of Infineon TDA21462 60A power stages, and the TRX40-XE Gaming's use of "70A capacitors" suggests that ASUS has also updated its power phases to Infineon's 70A TDA21472 units. These 70A TDA21472 power phases are the phases that ASUS used in its original ROG Zenith II Extreme motherboard design. ASUS may not have made this change, but why would ASUS update its capacitors to support 70 amps without also updating its power phases?

Aside from changes to the ROG Strix TRX40-XE Gaming's power circuitry and component selection, the motherboard's design appears to be identical to ASUS' existing TRX40 Strix offering. The only difference is that XE owners will have boards with feature enhanced components, a chance which can only improve the motherboard's thermal and overclocking performance. 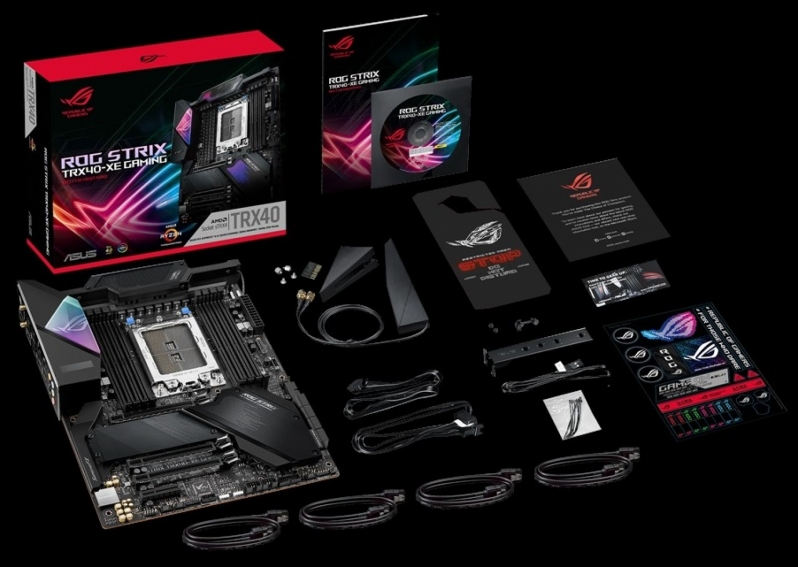 ASUS' ROG Strix TRX40-XE Gaming motherboard is due to be released to retailers in the near future.

You can join the discussion on ASUS' updated ROG Strix TRX40-XE Gaming motherboard on the OC3D Forums.

Warchild
Nice looking board too.

I do wonder sometimes... imagine being the engineer designing these boards from scratch. Proud of your work, knowing the work tasks it will handle, the rendering, etc etc... only for ASUS to come along and slap "republic of GAMERS" all over it :PQuote