ASUS' Republic of Gamers division has revealed two new AM4 motherboards, both of which boast out of the box compatibility with AMD's upcoming Zen 3 processors.

Both of these motherboards feature refined X570 and B550 designs, offering users additional features like onboard Wi-Fi 6, 2.5Gb ethernet PCIe 4.0 support and enhanced power circuitry.

Meet the ASUS ROG Crosshair VIII Dark Hero and the ASUS ROG Strix B550-XE Gaming, ROG's Zen 3 ready motherboards. Based on this reveal, it is likely that AMD will not be announcing new 600-series chipsets for their Zen 3 launch, a fact which makes a lot of sense given the fact that AMD's Zen 3 designs will likely be the last to be released on AM4-series motherboards. 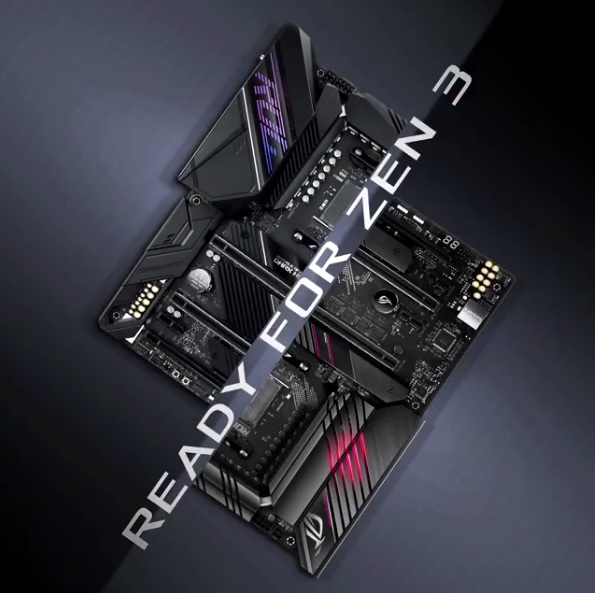 At this time, details on both of these motherboards are scare, but we know a lot about the ROG Strix B550-XE Gaming Wi-Fi. This board boasts strong VRM circuitry with 14-2 power stages, support for up to six M.2 slots (2 on the board and 4 more with an included add-on card), Wi-Fi 6 support, 2.5Gb Ethernet, a built-in I/O shield, BIOS Flashback functions, a QR code reader and USB 3.2 Gen 2 connectivity.

More details about ASUS' ROG Crosshair VIII Dark Hero and the ASUS ROG Strix B550-XE Gaming will become available soon. Later today, at 5 PM, AMD plans to reveal their Zen 3 processor lineup. This event will be streamed and can be watched here. 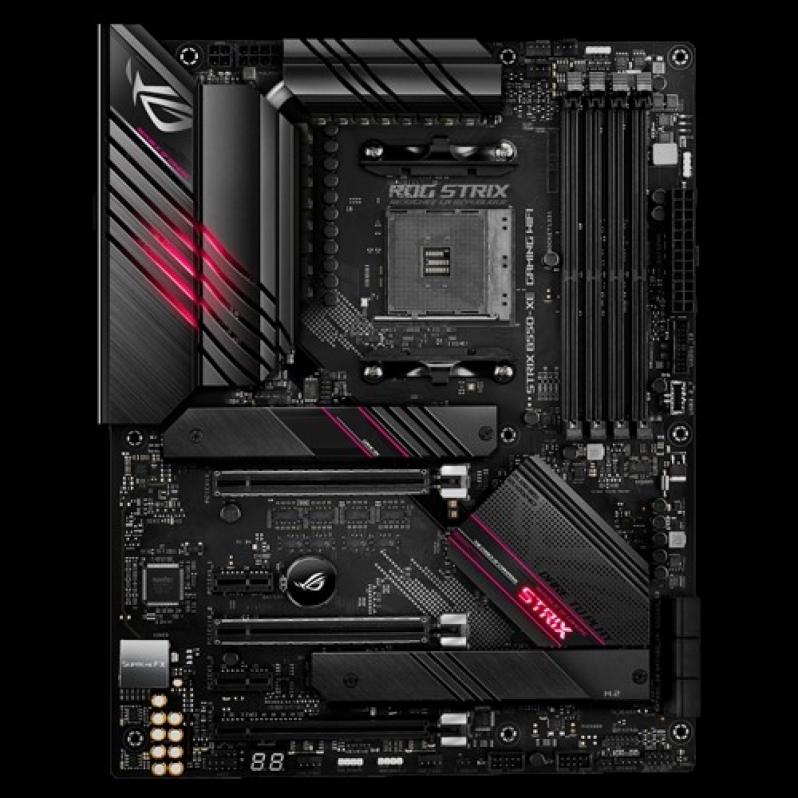 You can join the discussion on ASUS revealing two new 500-series ROG motherboards for Zen 3 processors on the OC3D Forums.