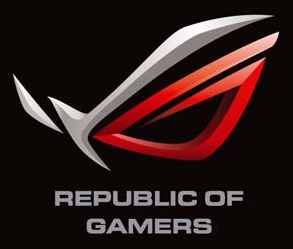 With the impending launch of AMD's range topping 890FX chipset as well as Phenom II X6 series CPUs, it's no surprise that we'll soon have a whole host of new motherboard arrivals on our doorstep. Having extensively tested Asus’ 890GX offering, we’re now eager to see what it’s bigger brother is capable of. Of course, if the 790FX lineup was anything to go by you’ll struggle to go wrong with most offerings. In the case of the 790FX, most of the boards in question offered respectable board layouts, similar feature sets, abundant cooling/power regulation and a fairly generous HTT Base Clock ability. We are of course fully aware that for many, the words “generous”, “respectable” and “abundant” simply doesn’t cut it... There are enthusiasts out there who take pride in purchasing only the bleeding high end, where only the cream of the crop is a worthwhile investment. This is exactly what Asus’ Republic of Gamers division is about.

By comparison, Asus ROG isn't too dissimilar to the BMW “M” or Mercedes “AMG” divisions of the motoring world, who specialise only in the production of high performance products. In this sector, value for money has little bearing, most notably so when the key requirements entail over engineered designs, radical styling and immense capabilities under extreme conditions. It's products such as these that are built to push boundaries and break records, be it lap times around a track or time to calculate in SuperPi.
Since the division’s launch in 2006 we’ve seen and tested a number of stunning products including the venerable Rampage III Extreme, Asus Ares and of course, the award winning Crosshair III motherboard. Given our colleague’s take on the Crosshair III, let’s see what improvements #4 has to offer.

In terms of fundamental specifications the Crosshair IV doesn't particularly stand out amongst it's competition. However there is much more than meets the eye as like it's predecessor, you can expect a wide variety of additional "ROG" features. Among these features is the innovative ROG Connect, allowing the user to fully bypass the BIOS for CPU Overclocking. The end result is the ability to remotely overclock your processor "on the fly", over an intuitive software interface.
Other convenience features include one touch auto overclock and core unlock functionality, onboard voltage probes for multimeters and also an exclusive feature that remedies memory related BIOS POST issues. When you also consider that the Crosshair IV Formula includes Creative X-Fi Audio, USB 3.0 and full SATA 6.0Gb/s support, it's clear that a lot of thought has gone into the product. But wait, there's still more to consider. Let's have a sneak peak of the motherboard in the flesh...

AMD_PBz
Awesome stuff thanks for posting Tom. Now if only the ch4 extreme will be available at launch day I'll be a satisfied customer they have today listed msi 890fx-gd70 for pre order but nothing from Asus

alexhull24
Yes, it will be since it's a performance board based on AM3 socket. Another thing to bear in mind, not that it's as important at the moment, but as with the Crosshair III Formula, no SLI on this board, only CrossfireX.Quote

delusion77
All of these new ROG boards are just awesome.Quote
Reply