ASUS reveals which AM4 motherboards will support "Next-Generation Ryzen" - No A-series motherboards?

Will A-series boards not support Zen 2?

ASUS reveals which AM4 motherboards will support "Next-Generation Ryzen" - No A-series motherboards?

AMD has committed to supporting their AM4 platform until 2020, promising that they will release AGESA code that will enable support for their next-generation Ryzen processors for their existing 300 series and 400 series motherboards, providing their customers with multi-generational upgradability.

This level of support will allow users of 1st Generation Ryzen processors on 300-series motherboards to upgrade to AMD's Zen 2-based Ryzen 3000 series processors, but only if their motherboard's manufacturer provides them with an updated BIOS which features support for AMD's latest CPUs.

AMD's A320 series motherboards are what makes up AMD's low-end AM4 lineup, making many expect that these low-cost motherboards will not support AMD's Ryzen 3000 series of 7nm processors. That said, ASUS has stated that "Additional motherboards will be added to the list soon." 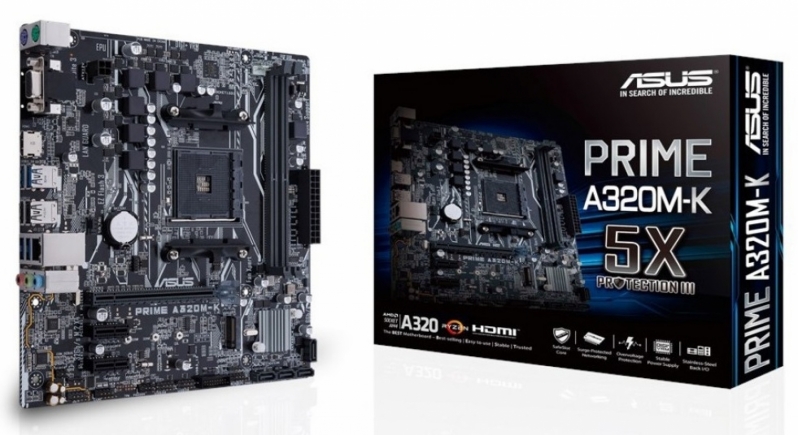 ASUS will release BIOS updates for its 300 and 400 series motherboards to add support for next-generation AMD Ryzen CPUs. The latest BIOS update for each motherboard model can be downloaded from the official ASUS website as it becomes available.

* For further information regarding CPU compatibility for a specific motherboard, please refer to the latest CPU support list on its product support page on the ASUS website following the launch of the latest AMD Ryzen CPUs. 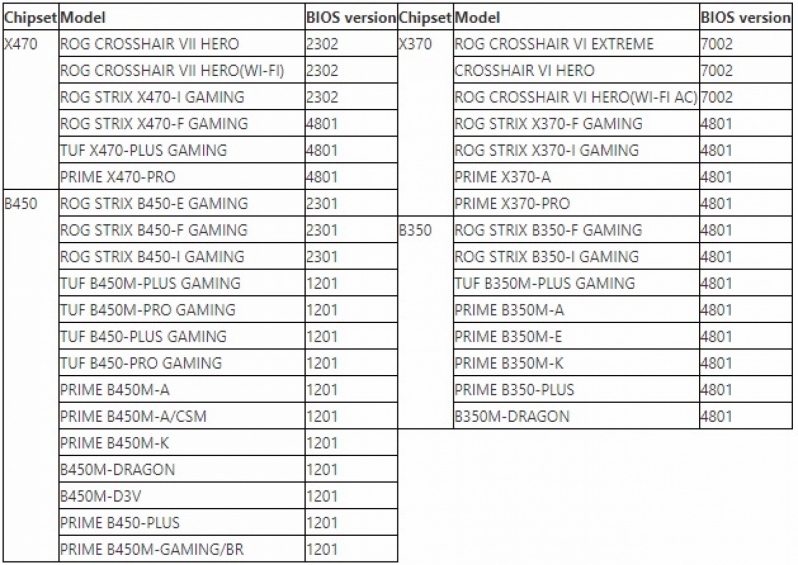 While this list does not definitively confirm that AMD's Zen 2 Ryzen processors won't be supported on A320 motherboards, it does showcase that 7nm Zen support on A320 is not a priority for motherboard manufacturers.

Hopefully, next-gen Ryzen support will be brought to A320, but ultimately that decision lies with both AMD and motherboard markers. Regardless, only a minority of AMD Ryzen/AM4 users use A320 series motherboards, making X370/X470/B350/B450 support more critical for motherboard manufacturers.

You can join the discussion on ASUS' Next-Gen Ryzen motherboard support list on the OC3D Forums.

NeverBackDown
I mean it's not a big deal really. It's not like you'd get the most out of it with that chipset as those boards are barebones and wouldn't overclock great anyway since I believe virtually all 320 boards lack heatsinks.Quote

It's just never made sense to go for the barebone setup when a better version of it exists within the b350, i don't know to me it felt like the 320 boards were a bit of time waster to even consider.Quote

AngryGoldfish
I'm not surprised my motherboard is on the list, but I still might upgrade. If ASUS can give me a fully functional BIOS for the new CPUs (which I doubt), I might stick with my current motherboard as it has most of what I need. It has very limited m.2 SSD support and I want to move to m.2 storage to clean up my system's cabling as much as possible, but that''s not a deal breaker.Quote

Bartacus
Asus has not been fantastic for supporting their older stuff, so I suspect I'll be buying a Crosshair 8 to go along with my 7 and 6. I sure would love a drop in upgrade though, or two!Quote

NeverBackDown
Quote:
When it comes to motherboards Asus just cannot be beat in anything really. Only boards I buy now.Quote
Reply