AMD's gunning for the number one spot on the CPU ladder, unveiling plans to offer greater performance than its rivals at every pricepoint when it comes to productivity-based workloads.

With their 3rd generation Threadripper processors (full announcement here), AMD stated that they can offer a 40-60% boost in performance in some workloads when compared to their last-generation 32-core Ryzen Threadripper 2990WX. That alone should show how much of a leap Zen 2 offers the high-end desktop (HEDT) market.

To tackle the challenges of tomorrow's HEDT market, AMD has created its TRX40 platform, and ASUS is ready to support it with three new motherboard offerings, each of which are designed to deliver support for 256GB of memory, PCIe 4.0 support and deliver a wealth of UI options to users.

These motherboards are the Republic of Gamers (ROG) Zenith II Extreme, the ROG Strix TRX40-E and the ASUS Prime TRX40-Pro, all of which are detailed below. 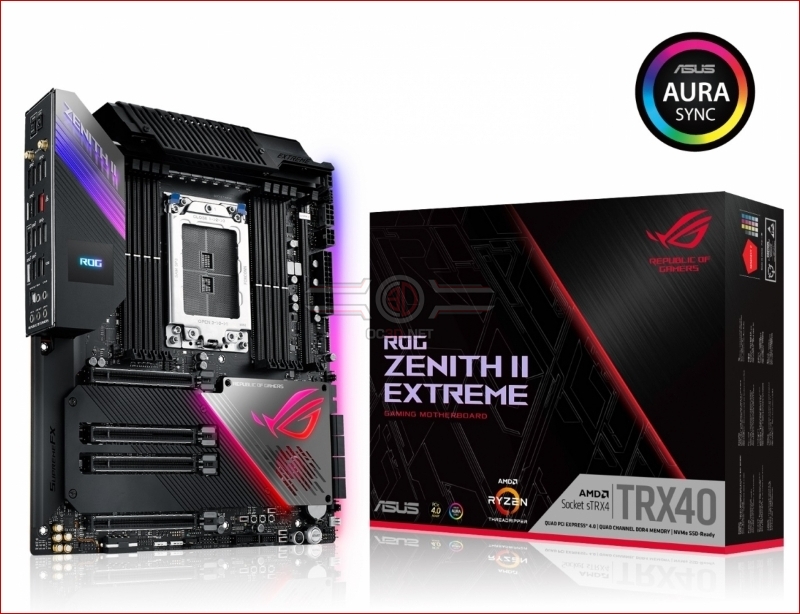 On the high-end, ASUS has their ROG Zenither II Extreme, which will feature 10Gb Ethernet, built-in WiFi 6 and support for four PCIe 16x devices. The motherboard will also feature a total of five M.2 slots and eight SATA connections, making this motherboard capable of handling seemingly any storage configuration.

The Zenith Extreme will offer users a 16-phase VRM, which contains semi-passive cooling technology that enables its fans only when the motherboard's underlying components reach 60 degrees Celcius or higher. The motherboard's large primary heatsink is attached to a secondary heatsink using a heatpipe. The decorative panel over the motherboard's rear I/O also contains an OLED screen that can display post codes.

This motherboard also supports up to 256GB of DDR4 DRAM over eight slots, including ECC memory, which is great news for professional users. The motherboard features support for ASUS' Aura lighting, SupremeFX S1220 sound and Bluetooth 5.0. 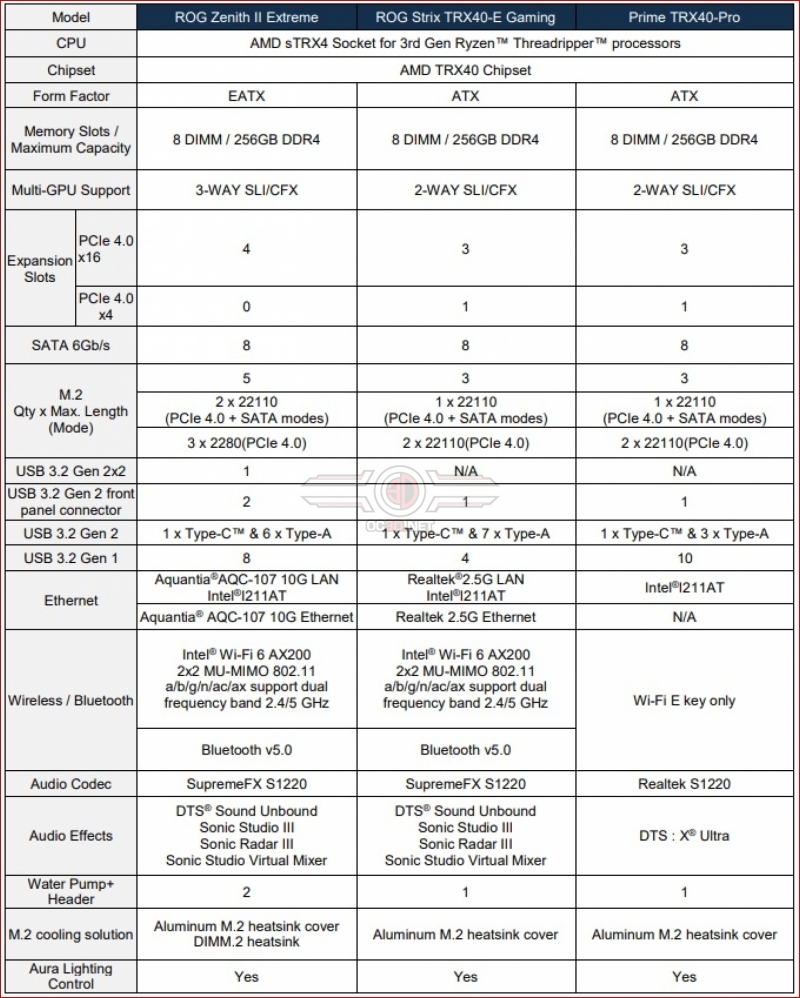 Next up, we have the ROG Strix TRX40-E Gaming, which also utilises a 16-phase VRM with a similar semi-passive setup to the Zenith II Extreme. The Strix is designed to be a lot more affordable, but sadly this change comes with a few downsides.

Unlike the Zenith, the Strix lack support for 10Gb ethernet, opting instead to use a Realtek 2.5G ethernet connection. However, the motherboard retains support for WiFi 6 and Bluetooth 5.0 and ASUS' SupremeFX S1220 sound.

Like the Zenith, the Strix also supports up to eight SATA devices and can also support up to 3 M.2 devices at PCIe 4.0 speeds. 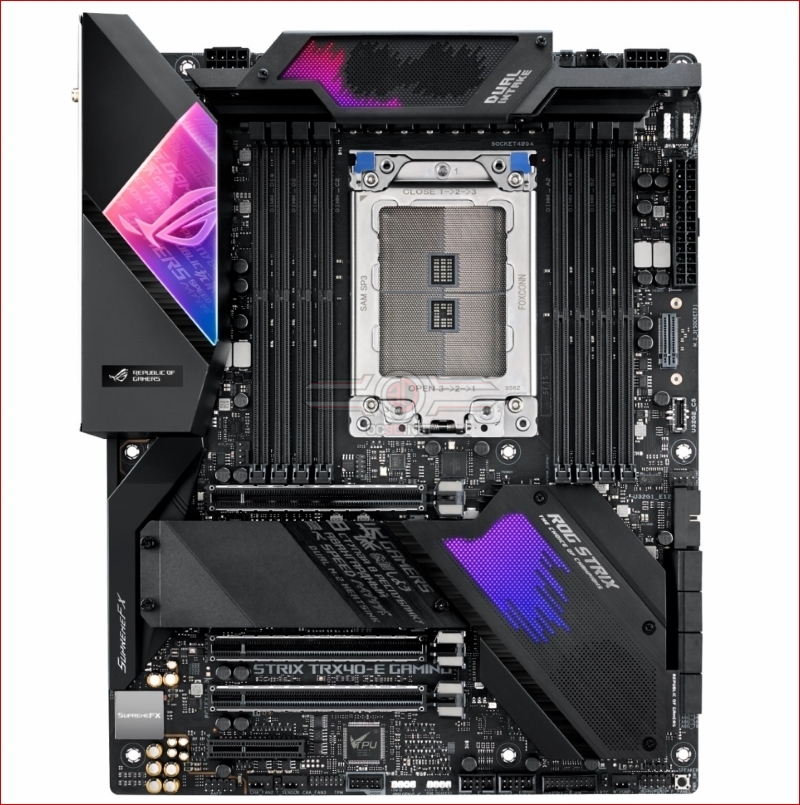 The Prime TRX40-Pro is designed to be ASUS' entry-level TRX40 motherboard, offering the same 16-stage VRM as its bigger brothers while dropping some other features.

For example, ASUS has dropped WiFi and Bluetooth support, instead offering users a WiFi-E key. This allows ASUS to lower its pricing while allowing users to add WiFi support if they wish. Sadly, this motherboard also lacks support for Ethernet connections that are higher than 1Gbps, which is a shame for such a high-end motherboard. However, users can still opt to purchase a 10G add-on card if they wished. 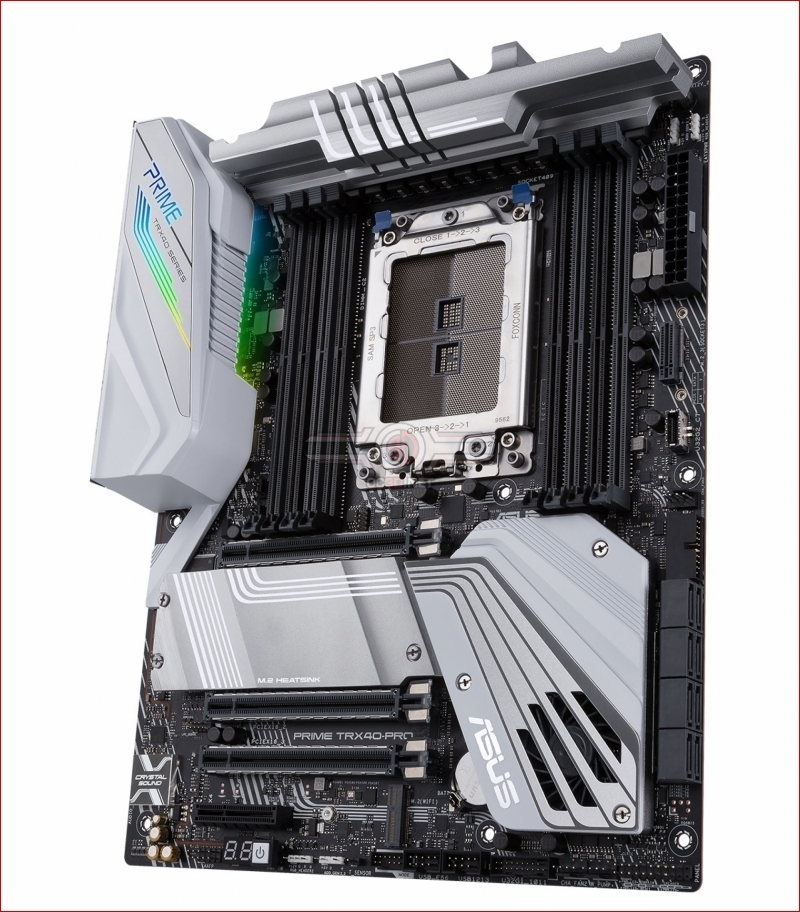 At this time, ASUS has not revealed the pricing of is TRX40 series motherboards, though we expect to learn more before AMD's 3rd Generation Threadripper release date on November 25th.

You can join the discussion on ASUS' trio of TRX40 motherboards on the OC3D Forums.

Avet
Quote:
Is this a typo?

Nothing that i do requires Threadripper but i am still Hyped.