Overclockable Xeons on a board that supports up to 56 CPU cores!

Some people simply need as much CPU performance as they can muster, where cost is not an issue and multi-threading is key. ASUS has released a new motherboard for Intel's new Xeon Scalable line of CPUs, offering dual LGA 3647 sockets and an "overclocking" feature which is said to be unique to ASUS motherboards.

Xeon overclocking is something that has been almost non-existent in recent years, with the EVGA SRII series motherboard of old being confined to the history books of high-performance PCs. This new "BIOS Mechanism" from ASUS does not seem to be overclocking in the traditional sense (not full control like Z370 for example), though it will nonetheless deliver some performance benefits to their users. Sadly ASUS has not specified exactly what kind of gains users can expect when making use of this unique feature. 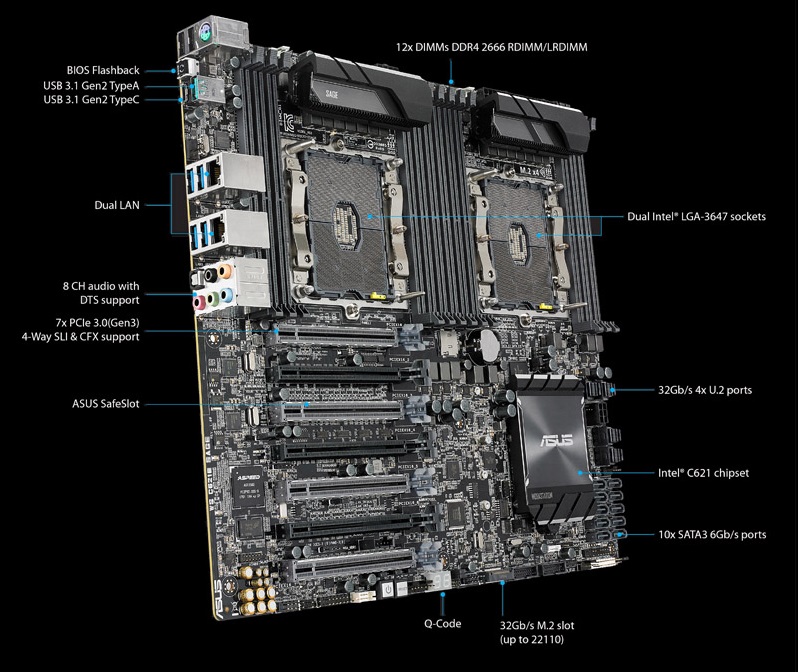 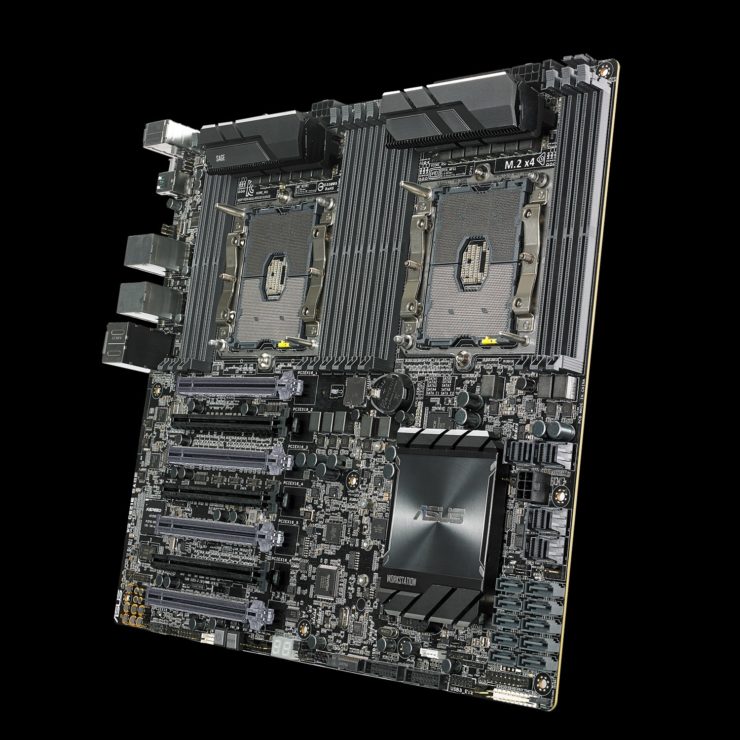 At this time ASUS has not revealed the official pricing of this motherboard, though it is not expected to be cheap given the colossal price tag of Intel's LGA 3647 socket CPUs, which max out at $13,011.00 for their Xeon Platinum 8180M.

You can join the discussion on ASUS' dual Xeon C621E-SAGE "overclocking" motherboard on the OC3D Forums.

Peace Đ
It has 4 U.2-Connections. Just for clarity, as the article says 3, but the picture shows 4.Quote

An equivalent from AMD would be dual EPYC motherboard, not dual threadripper.Quote

AngryGoldfish
Someone should buy this just to watch a Cinebench run finish in seconds.Quote

WYP
Quote:
Or just look at windows task manager. All the threads!Quote
Reply