The Rampage IV Extreme has been part of our X79 test bench since its release. All of our graphics cards are run on it, so it's fair to say we've a lot of experience with the board. We adored the Rampage III Black, and it's great to see that ASUS have revisited their LGA2011 board and given it a makeover. 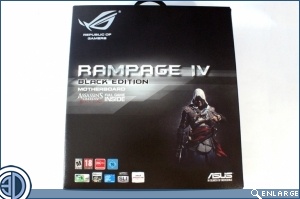 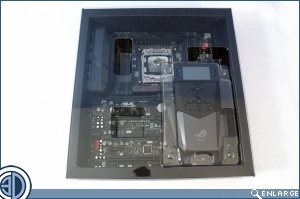 In keeping with such a high-end motherboard there are tons of accessories, including one we really like that we'll get to in a minute. In one of the more obvious tie-ins in recent times, ASUS have teamed up with Ubisoft to include a full version of Assassin's Creed IV - Black Flag.

Here is the board in all it's glory. We love the all black look. It helps it blend into your case and frees up your colour choices. In September the Black Edition broke five new world records, including a nearly unbelievable 33704 in 3D Mark Fire Strike. 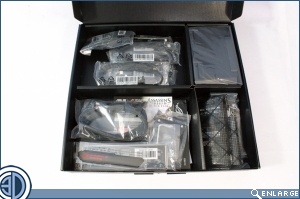 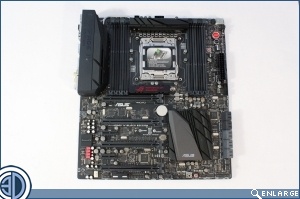 Heat is always the big issue when overclocking, and ASUS have given the Rampage IV Black Edition a monster heatsink that covers the MOSFET and VRM, with a big heatpipe nestling in the IO area of the motherboard to give even better cooling performance than we saw from the regular Rampage IV Extreme. 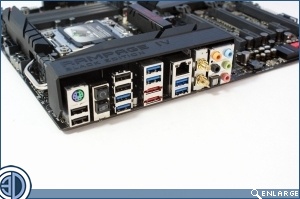 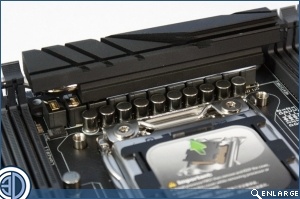 We've regularly talked about little things being the difference when it comes to products that are so closely matched in performance, and the case badge that comes with the ROG Rampage IV Black Edition is the best we've ever seen. It's magnetic, so you can move it between cases if you want, and looks far classier than the ordinary square sticker that comes with some offerings.

One of the big features ASUS are shouting about on the Rampage IV Black is the SupremeFX Black sound system, which is a combination of the Cirrus Logic CS4398 Digital Analogue Converter and the Texas Instruments TPA6120A2 headphone amplifier, as well as plenty of high-end Caps. On the one hand this is a huge improvement upon the standard audio on the normal Rampage IV Extreme, but equally it is to be found on the Maximus VI Formula too, so it's not unique to the Rampage IV Black. The TI headphone amplifier is a very solid piece of hardware, with excellent performance and is the headphone amplifier found in the brilliant ASUS Phoebus soundcard. 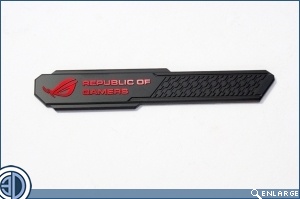 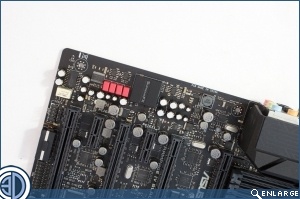 Memory bandwidth has long been the achilles heel of the X79 chipset, so it's great to see that the Rampage IV Black supports up to 2800MHz quad-channel RAM. Even better is the knowledge that G.Skill attained a mind blowing 4072MHz with some LN2 cooling.

We can't wait to get this on our test rig and see how much of an improvement the many tweaks and upgrades have made to the Rampage IV Black Edition when compared to the original Extreme. Let us know what you think in the OC3D Forums.

Bousatsu
my god it makes me want to upgrade my cpu just to be able to own this in my rig!Quote

Wraith
Looking forward to seeing how it performs on the bench.