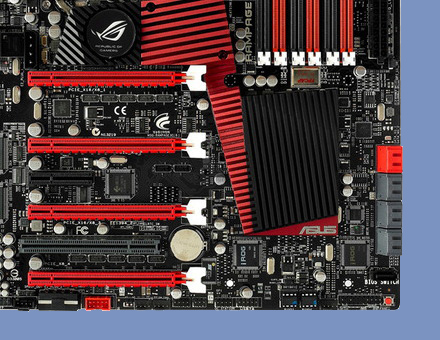 ASUS have released the first official pictures of the latest in their ROG line-up, the Rampage III Extreme.

If you cast your minds back you'll recall that the ASUS Rampage II Extreme was one of the first performance related X58 motherboards that really set the standards for what the X58 chipset was capable of. So well did it perform that after all this time it's just about still holding its value.

Now over a year later the market has moved on significantly with many other players chucking their hat in the performance ring, and new technologies such as USB3 have been introduced, the old Rampage II was looking distinctly long in the tooth, especially at the £250 price-point.

With spring almost upon us ASUS have finally released official pictures of the much-spied Rampage III Extreme. Unfortunately pictures are all they've furnished us with, although we can make a good stab at what we expect to see.

Naturally packaging is about the last thing ever finalised, and so as always the box is a render. However given the fact it's exactly the same as the rest of the ROG line, we'd be stunned if the final product didn't look like this.

The board itself is furnished in the Republic of Gamers Red and Black. The heatsinks are certainly strange beasty's to look at and they are either going to look wonderful in the flesh, or polarise opinion. 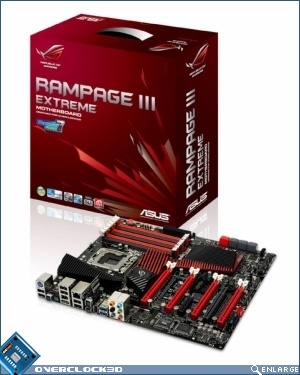 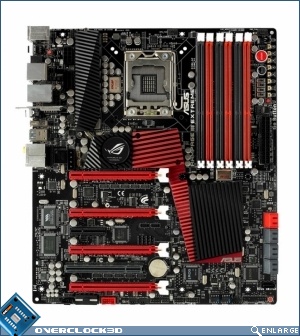 The DIMM slots and the PCI-E slots all use the great ASUS retainers. The DIMM slots only requiring a single catch and the PCI sockets having the large de-latching lever we saw on the Maximus III Extreme. You can also see the very curious MOSFET cooling. Form over function? Only time will tell. 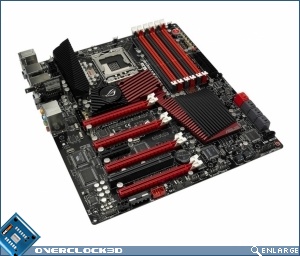 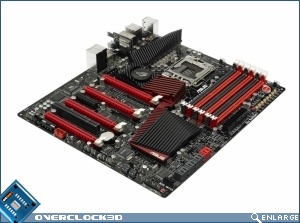 Two red SATA ports are going to be for SATA3 6Gbps. Let's hope that there are plenty of affordable SATA3 drives around by then. 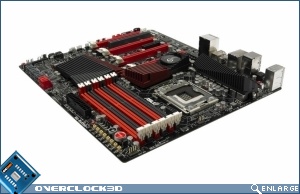 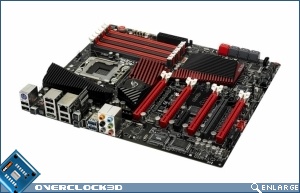 The rear connectors have all the standard connections we'd expect to find, with the two blue USB ports guaranteed to be USB3. 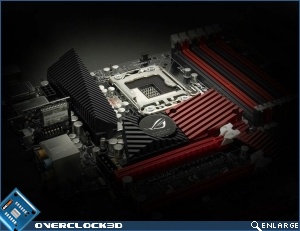 With SATA 6Gbps, USB3 and support for the latest 32nm processors, this is definitely one to keep an eye on and we can't wait to put it on the test bench.

Thanks to ASUS for the pictures. Discuss this in our forums.

tinytomlogan
Oh dear lord. There are 3 RE3 beta mobos on the planet.... And Ive got the UK one! woooop wooooop!

Mass production hasnt even started yet

cnf
eney of you guys got a idea when this mobo is going to be relased in the uk ?Quote
Reply