The ROG Strix-E X399 will offer many of the same features as the Zenith Extreme but is designed to come with a more affordable price tag, lacking the Zenith's 10Gb Ethernet card, DIMM.2 slot and a lower end audio solution.

ASUS is certainly taking VRM cooling seriously with Threadripper, which is unsurprising given its TDP of up to 180W. Our own testing has already proven ASUS' X399 VRM designs to be more than capable of cooling Threadripper, with our full review of the X399 Zenith Extreme and Threadripper 1950X here.

With all X399 motherboard designs, ASUS will be using a beefy VRM cooling solution, which will have a heatsink over the VRMs and a large heatpipe that will lead to a finstack that fits under the motherboard's IO shield. This VRM heatsink will be cooled by a fan if required, leaving this cooling solution silent when under low loads. 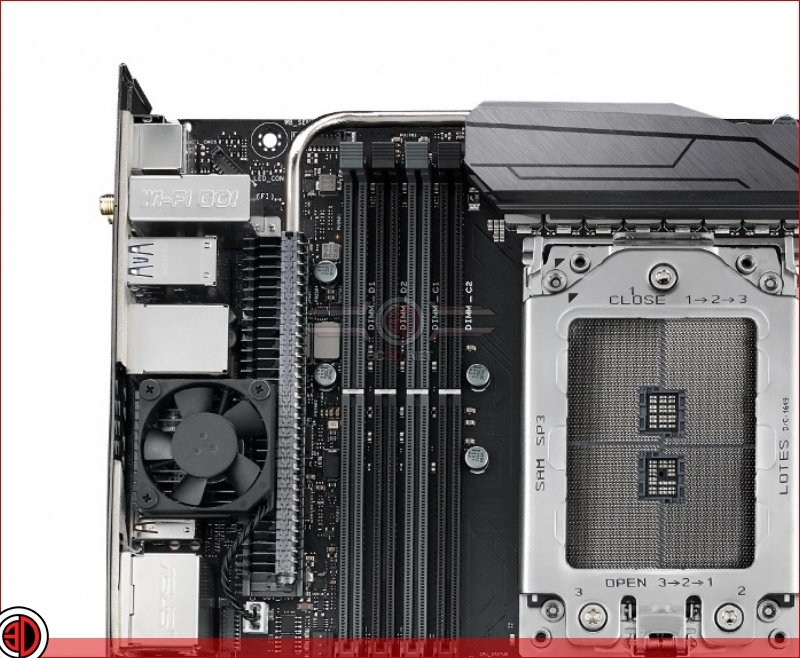 The X399 Strix-E comes with a familiar aesthetic, coming with RGB illumination and two onboard M.2 PCIe slots for SSDs, one sits below the chipset heatsink while the other sits below the 24-pin power connection in a vertical mounting configuration. 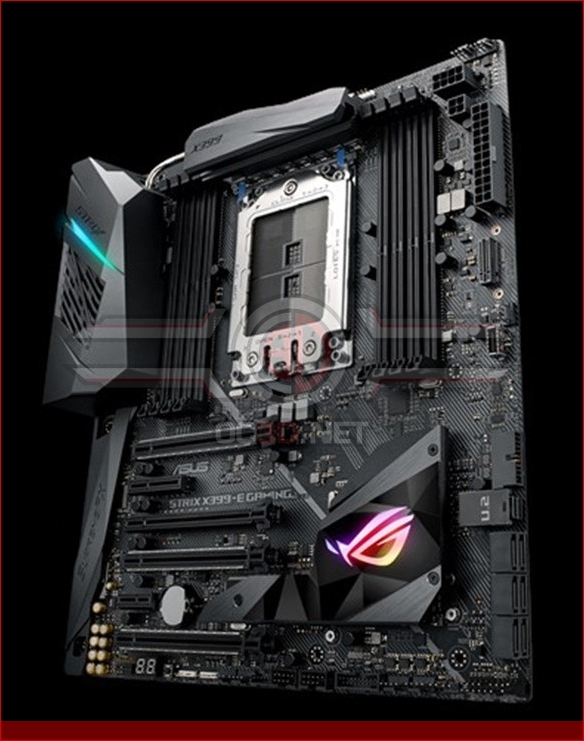 Below is the full specification of ASUS's X399 Threadripper CPU lineup. 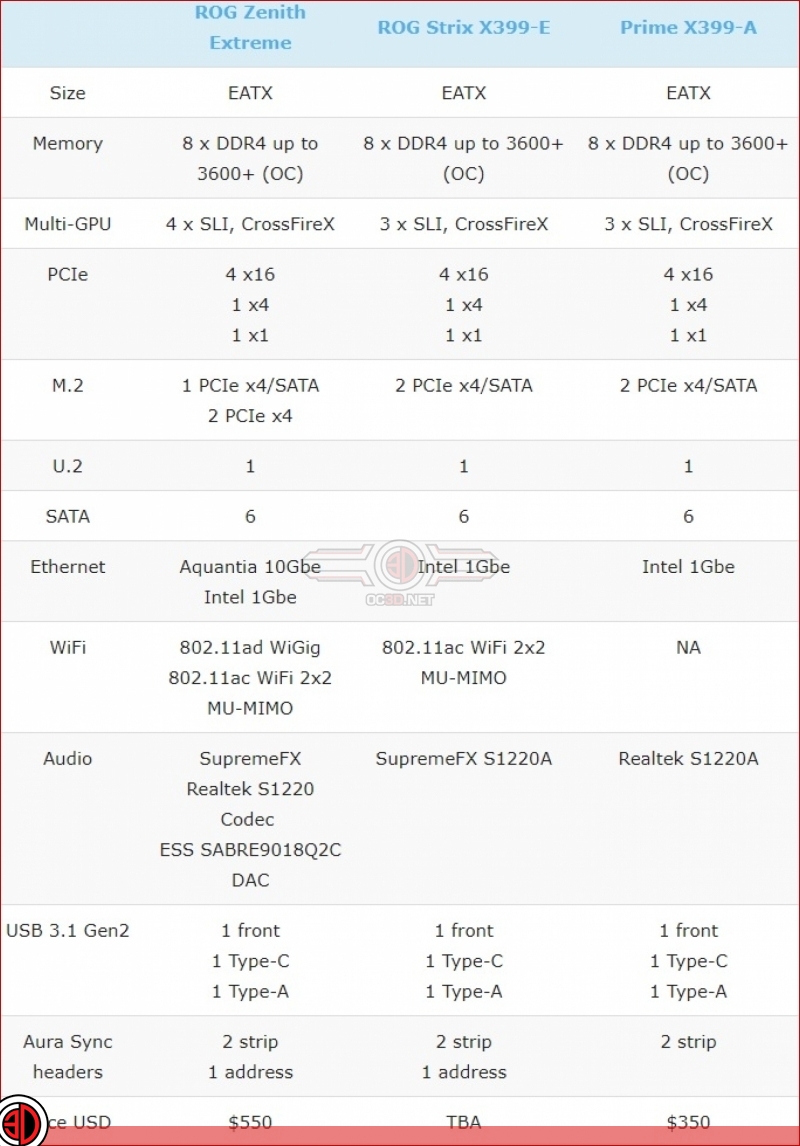 You can join the discussion on ASUS' X399 Strix-E Threadripper motherboard on the OC3D Forums.